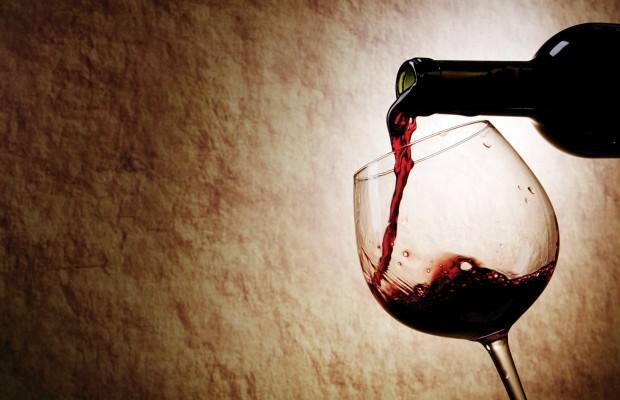 Chef’s table experiences and wine dinners are hot events around the country — with good reason. The dinners enable chefs to prepare creative dishes they might not offer on the menu, and they can be a way to attract customers on slow nights or off-season.

For patrons, it’s a chance to hear directly from the chef and learn — often from sommeliers, distributors or vintners — why certain wines pair so well with certain foods. It’s like a chance to peek behind the curtain of your favorite venue. If you’re looking for a date night option, it’s a winner.

Fortunately for us, several Tallahassee restaurants are offering chef’s table nights or wine, beer or bourbon dinners. While this was once only a fine dining option, more casual restaurants are embracing the trend.

In urban areas, you might pay over $500 for these dinners but in the capital city, most cost under $100 per person for food and spirits. In general, the prices don’t reflect the tax and tip but inquire to be sure. Reservations are essential. If you have a dietary allergy or restriction, let the restaurant know.

“Wine dinners give us a chance to do something special outside the norm of our menu,” said Gwynn, who has been cooking up Summer Wine Dinners since 2005. “We can try different things.”

At Mimi’s Table, chef/owner William Lawson has been featuring wine dinners once or twice a month since he opened his restaurant in 2018.

“We’ve had a tremendous response,” he said. “If the first wine dinner sells out, we book a second event.”

“It’s fun for the cooks,” Lawson added. “We get to show off a bit and spread our wings.”

He also brings in winery representatives to talk about the night’s pairings.

The six-course meal included foods like edible cattail stalks, “which have the mouth-feel of a leek but taste like a cucumber,” and purslane, which “looks like a weed but has succulent green leaves similar to cabbage,” said Jesse. He’ll also throw in a touch of molecular gastronomy.

Here’s a look at some of the other chef’s table and wine dinner events coming up in Tallahassee. If we’ve missed your favorite, or if your restaurant is offering these dinners, let us know at [email protected]

Andrews Downtown: Located within steps of the capital, the longtime restaurant hosts casual wine dinners dubbed Corks & Forks during the summer months. The next one will be at 6 p.m. Aug. 21. Tickets are $35 for food and wine pairings. We’re told the restaurant is renovating its downstairs space for more fine dining and high-end wines and cocktails so we may be seeing more spirited events in the future.  228 S. Adams St.; 850-222-3444.

Blu Halo: The upscale space periodically offers four to five-course wine dinners events during the year. The next dinners are planned for Oct. 17 (Wagner Family of Wines, Caymus Vineyards). More details about courses and prices to come. 3431 Bannerman Rd.; 850-999-1696.

Lucilla: The restaurant’s summer wine dinner series continues with “A Toast to Organics” at 6 p.m. Aug. 8. The event will feature a five-course dinner featuring biodynamic and sustainable wines and produce. The menu will include grass-fed beef from Grady Ranch and sustainable Ora King salmon. The cost is $65 per person. 1241 E. Lafayette St.; 850-900-5117.

McGowan’s Hops & Grapes: The laid-back gastropub has lined up a five-course wine dinner prepared by chef Justin Bishop for 6 p.m. Aug. 6 pairing Spanish wines with dishes like grilled baby octopus, lamb shank and pork belly. The cost is $67.75 or $85 with tax and tip. “No one walks away hungry or thirsty,” said co-owner Steve McGowan. Bannerman Crossings, 3431 Bannerman Rd.; 850-999-8505.

Mimi’s Table: The intimate bistro features five-course wine dinners, each with a theme. They’re generally presented the second and fourth Monday of the month. The next event, which will take place at 6 p.m. Oct. 7, will focus on Mediterranean cuisine. The cost is $60 for food and wine. Mimi’s wine dinners are scheduled for Nov. 11 and Dec. 9 but most likely more dates will be added. 1311 Miccosukee Rd.; 850-999-8406.

Sage: The upmarket space is presenting a five-course meal, each course paired with a rendering of W.L Weller Bourbon from the Sage single barrel at 6:30 p.m. Aug. 27. Brent Sutton is leading the bar team, and chef Skylar Stafford is spearheading the dinner menu. The cost is $80 for food and bourbon. Sage also holds wine dinners during the year and is planning one in October. 3534 Maclay Boulevard South. Make reservations by email at [email protected] or call 850-270-9396.

Savour: The chic downtown spot is now accepting reservations for its new Chef’s Table Experience, which will feature five-course dinners prepared by chef Brian Knepper. The private event, for six to 10 patrons, will take place in the restaurant’s  Parlour dining room. The cost is $75 for food. Add $50 for wine pairings. During the events, the chef and sommelier will discuss the courses.  115 E. Park Ave.;  850-765-6966.