Food and Wine Festival a sparkling addition to Cleaver and Cork 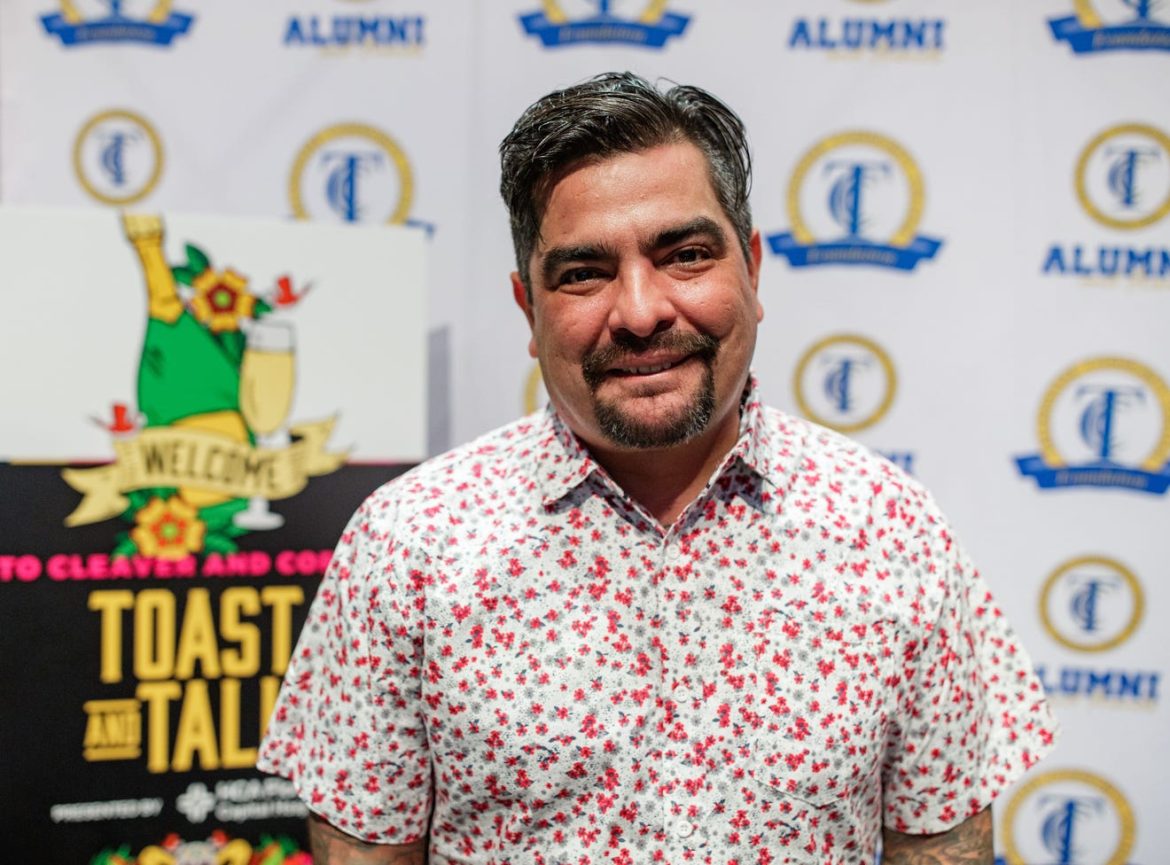 Fine spirits, cooking demonstrations and food from some of Tallahassee’s best chefs were among the top attractions during the second Cleaver and Cork Food and Wine Festival at Tallahassee Community College on Saturday.

There were also demonstrations by chefs Chef Marc Murphy, Justin Timineri and Leon C. Brunson.The festival was a needed dose of joy, and a great time to meet some of our top chefs, restaurateurs, wine purveyors and culinary students. My husband and I also took time to just savor the scene and our food samples while listening to the Tallahassee group, Free Wheelin’ Band.

Rows of tents lined the green fields at TCC, which was also the scene for the TCC Foundation‘s 7th annual Cleaver and Cork fundraiser. The event started Feb. 27 and concluded with Saturday’s festival. The Cleaver and Cork headliner this year were chefs Aarón Sánchez with guest chef Chef Marc Murphy, who are both stars on TV culinary shows, authors, restaurateurs and long respected leaders in the culinary world.

This is the seventh year for Cleaver and Cork, which has brought several top Food Network chefs to Tallahassee including Marcus Samuelsson, Alex Guarnaschelli and Geoffrey Zakarian.

Here are some photos from the Food and Wine Festival:

Others from Tallahassee Table. For more about the events and the chefs, I hope you’ll read my story at https://tinyurl.com/38kxf5h5. Here’s an excerpt.

Chefs Aarón Sánchez and Marc Murphy had only recently been demonstrating their culinary skills on the sands of South Beach, scene of the SoBe Wine and Food Festival. This week, they were stars on a different stage.

No sand this time, but plenty of adulation from the audience in Tallahassee Community College’s Turner Auditorium.

This was the first year that Cleaver and Cork, the chief fundraiser from the TCC Foundation and premier culinary experience in Tallahassee, featured two top chefs on its main stage, who both took the time to talk before their evening event.

Sánchez was the scheduled headliner with Murphy, his good friend, as guest chef. Murphy was acting as sous chef for Sánchez as he prepared a lineup of Mexican dishes and a margarita at their Thursday night cooking demonstration, titled  “The Toast and Talk.” Sánchez is the owner of the Mexican restaurant, Johnny Sanchez, in New Orleans, where he lives.

A James Beard Foundation award winner, Sánchez was the host of the Cooking Channel’s Emmy-nominated series, “Taco Trip,” and he has appeared on several other shows including “Iron Chef” and “Best Thing I Ever Ate.” He also hosted two Spanish-language shows on Fox Life, “3 Minutos con Aarón” and “MOTOCHEFS.”

Along with his memoir (which has recipes), Sánchez has written two cookbooks, following in the footsteps of his mother and grandmother.

Aside from Chopped, Murphy has appeared in numerous shows including “Guy’s Ranch Kitchen,” “Guy’s Grocery Games,” “Beat Bobby Flay,” “The Rachael Ray Show” and “The Worst Cooks in America.”

For more about the events and the chefs, I hope you’ll read my story at https://tinyurl.com/38kxf5h5.