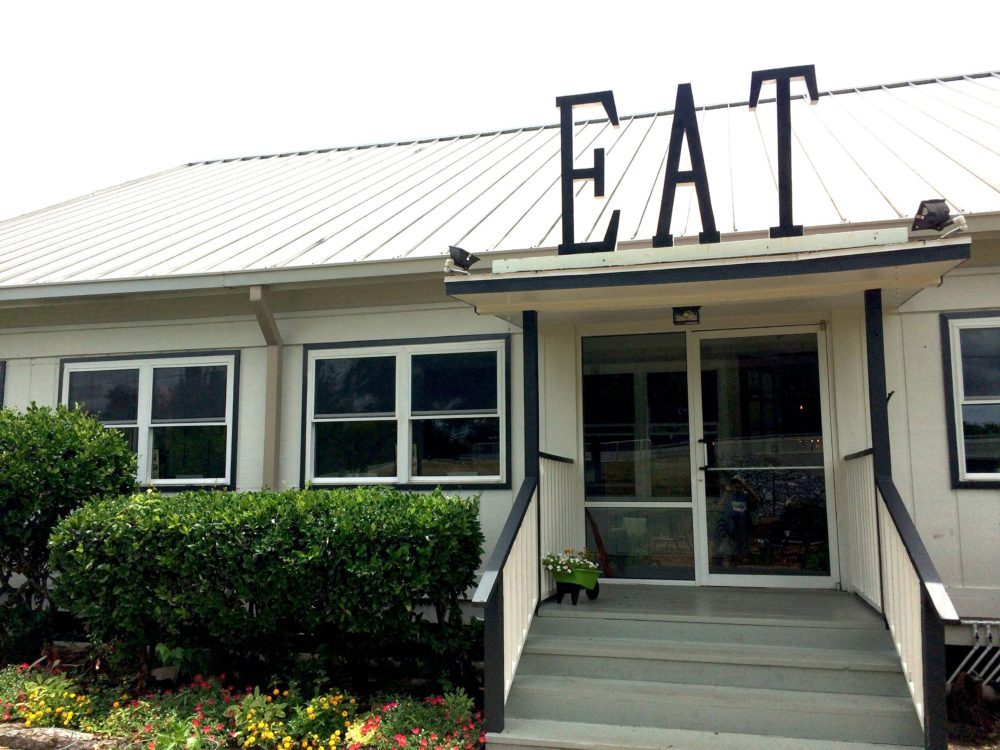 I wrote this story for the Tallahassee Democrat’s Living Here section. For more information and gallery, see tallahassee.com/story/life/communities/living-here

Tallahassee is fortunate to have so many wonderful restaurants, and they’re an eclectic bunch: Funky. Elegant. Healthy. Decadent. Exotic. Folksy.

We have so many worthy choices, in fact, it was mighty difficult to keep this list to nine essential restaurants. These are examples of dining choices, with a pub we couldn’t leave out, that capture the many sides of Tallahassee. They speak to our past, our present and perhaps, our future.

It’s likely you have your own list of must-try places but if you haven’t been to some of these, give them a try. I’ve also included some other gems you won’t want to miss.

Brothers Jesse and Tyler Rice transformed this squat white building on Mahan Drive, once called Stinky’s Fish Camp, into a casual, farm-to-table destination. The 3 ½-acre farmette opened in May 2016 and it’s been a hit ever since. The brothers grow an abundance of fresh vegetables, fruit, herbs and shiitake mushrooms. They also have 73 hens producing about 18,000 eggs a year. The on-site crops shine in dishes featured on the Garden Creations menu, which changes weekly. Backwoods Crossing recently added a Sunday brunch highlighting its fresh eggs and veggies.  6725 Mahan Drive; 850-765-3753.

This quirky eatery is popular with all generations who come for the ginormous burgers, Gulf oysters, barbecue slaw dogs and probably the best grouper sandwich in town. You pick your own toppings from a long list which includes bacon, peanut butter, assorted cheeses and grilled onions as well as your choice of spices — try Bird’s own seasoning mix. The inside decor is dominated by movie posters and there’s a small stage for live music, comedy nights and karaoke and there are picnic tables outside. 325 N. Bronough St.; 850-222-1075, Bird’s also has a branch in Crawfordville at  4518 Crawfordville Highway; 850-745-6073.

This bright, cheery breakfast and lunch nook has won a place as a destination for quality food that combines tradition with gourmet flair. And no wonder. The cafe is owned by David and Elizabeth Gwynn, chef/owners of Cypress Restaurant, known for fine dining for 19 years. At Grove, the Gwynns feature items like light, fluffy pancakes as well as avocado toast and sweet pig hash. Lunches include burgers, salads and “plates” —meatloaf, smothered chicken, shrimp and grits. You may also find surprises like cauliflower soup or lemon meringue pie. Dairy-free options are available and you can get any item gluten-free (bread, pancakes, French toast, waffles). 1440 Market St.; 850-894-5060.

Tallahassee has so many breakfast choices, we have to mention at least some other top spots: The Egg Cafe & Eatery, Uptown Cafe, Jenny’s Lunchbox, Bada Bean, Canopy Road Cafe, Lofty Pursuits, Earley’s Kitchen and The Hideaway.

The Italian steakhouse is Tallahassee’s new, high-end dining venture, anchoring the new headquarters for Florida lobbyist Brian Ballard. Owned by chef Terry White and sommelier Craig Richardson, the team behind Sage, Il Lusso emerged as a place for powerful players during the legislative session. White and Richardson created Il Lusso, which means “the luxury” in Italian, as a classier, urban presence in the capital city, perhaps testing the waters for future big-city endeavors. Homemade pastas and a fine assortment of steaks star on the menu along with items like duck, Cornish hen and ossobuco as well as a half-pound wagyu beef burger (at lunch) and sinful desserts. Stop by for brunch on Saturdays. 201 E. Park Ave.; 850-765-8620.

The eclectic venue recently completed a renovation that added a more sophisticated look to the artsy space, but it retains its laid-back, friendly atmosphere. Afterall, the slogan here is: Eat, Drink & Talk Loud – You’re Among Friends! Chef/owner Keith Baxter has been preparing creative dishes here for 23 years. His repertoire changes regularly but look for favorites like mojo chicken, pecan-floured trout and pepita cobia with poblano-corn salsa. Save room for desserts by pastry chef Sylvia Gould. Kool Beanz also has a separate room for private parties and Baxter is in the process of opening a lunch spot, K.B. Kitchen, in Lake Ella. 921 Thomasville Road; 850-224-2466. For another local, eclectic gem, check out Lucilla.

The Indian restaurant is a favorite for its entrees as well as its extensive buffet. One highlight: dosas, which resemble a rolled crepe or pancake with a paper-thin crispness available with a variety of fillings. Mayuri offers a complimentary mini-version during the lunch buffet, but you’ll find more than 30 full-size dosas at dinner. Mayuri has just moved to a larger location at 1234 Simpson Ave. (across from Buffalo Wild Wings) so call before visiting. We’re expecting the same delicious Southern and Northern Indian cuisine at Mayuri’s new home.

This down-home restaurant, across from the FAMU campus, serves soul food with a pinch of politics and a generous helping of gospel music. Olean McCaskill, the friendly owner of this dining institution for more than 20 years, provides a large, homey buffet that includes smothered steak, oxtail, barbecue chicken, fried chicken and catfish plus sides of black-eyed peas, mac and cheese and greens. As for politics, Olean’s is the home of the Obama Breakfast, a feast created during the 2008 election year to compete with a meager John McCain meal of eggs, grits and toast. The Obama breakfast, the winner, is still available. Joe Biden stopped here in 2016 and McCaskill named a fried chicken lunch after him. The iconic restaurant is open for lunch and dinner. Thanks to Olean McCaskill, it’s a soul satisfying experience. 1605 S. Adams St.; 850-521-0259.

The family-owned restaurant is a longtime staple in Tallahassee, tucked away in a rustic spot located behind a fence across from Proof Brewing Company. It’s BYOB, so unless you want to sip sweet tea bring your own spirits. Shell’s will supply the fresh-shucked oysters (or get them fried). Shell’s is also known for its fried seafood combos served with hush puppies and a side.  Shell’s is inexpensive but remember it’s cash only. 14 FAMU Way; 850-224-9919.