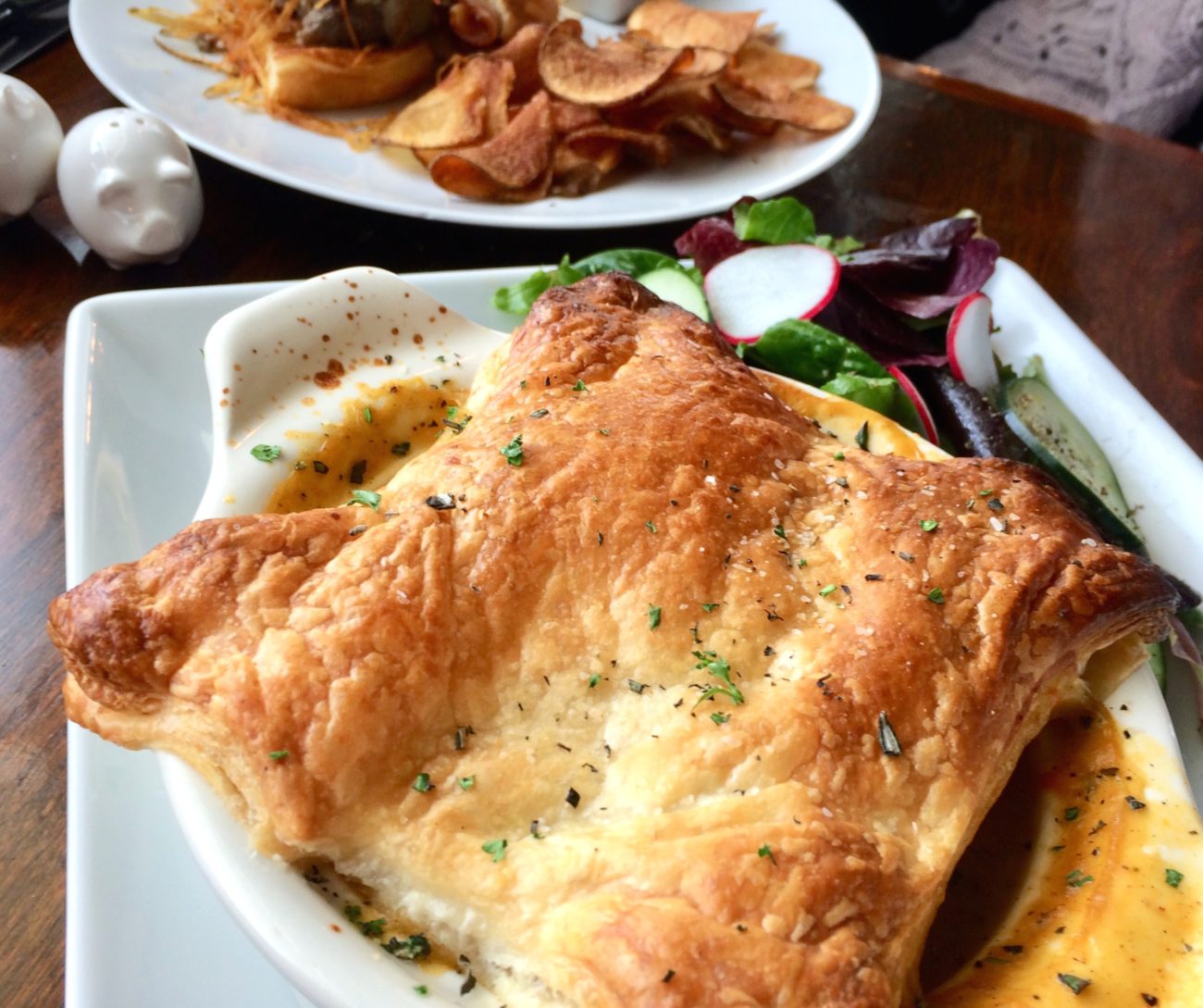 Joe Richardson and Lara Hooper met when they both worked at Andrew’s 228, where Richardson was the chef and Hooper was the head server. As their relationship blossomed, so did their dreams for someday opening a restaurant together. Lucilla, a cozy new nook on Lafayette Street, is the culmination of those dreams.

You could call it a labor of love, right down to the name of the place.

“Years ago, on our first or second date, I asked Lara what her middle name was and she told me ‘Lucilla,’ ” said Richardson. “I immediately said that should be the name of our first restaurant.” 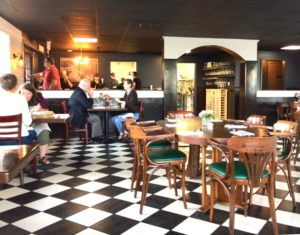 It’s no wonder that Lucilla, also the name of both Hooper’s mother and grandmother, has a warm, welcoming atmosphere that belies the restaurant’s simple exterior. While the couple spruced up the former home of Sahara Greek & Lebanese Cafe, you wouldn’t expect such an ambitious menu if you were just driving by. Inside, the couple has freshened the decor, adding fun touches like a black-and-white checkered retro floor, fresh flowers on the tables and super cute piglet salt-and-pepper shakers. 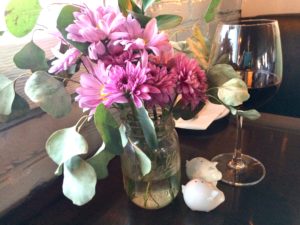 Lucilla launched its full menu Jan. 2, and since then, its smallish, 50-seat dining room has been filling up quickly. The couple was aiming for a neighborhood bistro, maybe a date-night option, primarily for residents in Myers Park and Indian Head Acres. Many are already regulars, but the venue has also drawn customers from farther afield for its popular brunch, lunch and dinner.

Richardson calls his cuisine upscale American comfort food with Creole and Southern accents. He’s a native of Tallahassee, though he started out working in restaurants in New Orleans. Hooper, who most recently worked at Sage, is from a small North Carolina town called Hudson.

Their menu is creative, with a few playful and offbeat combinations, like chicken-fried lobster with foie gras gravy or Bradley’s Country Sausage with figs, pecans and duck fat Coca Cola jus. Some items, like the collard greens and edible flowers, come from the outside herb garden, from which we can expect more choices in the spring. 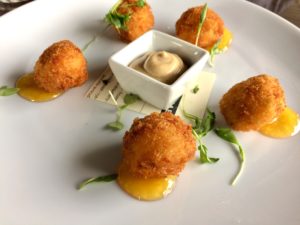 Richardson also elevates humble dishes like pimento cheese fritters. He pairs the Southern-fried puffs, a mouth-watering combo of melty cheese with a crunchy panko shell, with a smidgen of savory-and-sweet bourbon-peach glaze, served prettily on a white plate. Dip the fritters into a zippy Creole black garlic aioli. 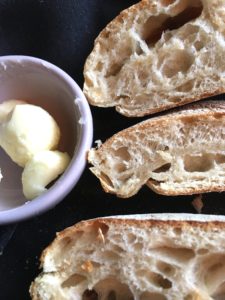 Richardson makes most items here, including the sauces, salad dressings and desserts, but the warm, rustic ciabatta is from the Wenner bakery in New York. It’s hard not to indulge in the crusty bread at the outset but save room. 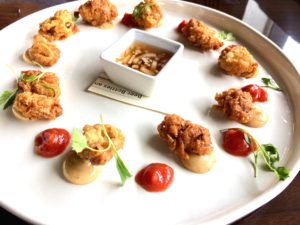 During our lunch and dinner visits here, we enjoyed a variety of starters. My husband is a big fan of Lucilla’s fried oysters, delectable morsels from the Gulf via Tallahassee’s Southern Seafood Market. The oysters are prepared with care, lightly coated with a tempura flour and simply seasoned to let the flavor of the juicy oysters resonate. The oysters are fried to a golden brown, served with a few sauces including the black garlic aioli.

Our other top starters included the perfectly turned crab cakes, served with a roasted corn succotash, and the roasted duck breast. The duck is oh-so-tender but we also liked the accompanying phyllo-wrapped goat cheese, candied lavender bacon and a small arugula salad.

A friend and I were disappointed, however, with the onion soup served on our lunch visit. A large gruyere crouton covered the brim of the bowl, but we thought the broth lacked flavor. A better choice was the fresh-tasting tomato bisque, served with a mini grilled cheese sandwich. 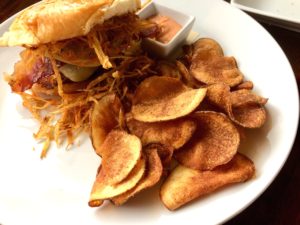 If you’re here for lunch, Lucilla serves an excellent burger, griddled then char-grilled to finish, topped with bacon, melted manchego, pickled green tomatoes and a flurry of potato straws. It’s served with Richardson’s “fancy sauce,” a kicky blend with mayonnaise, ketchup, Worcestershire sauce and a touch of Sriracha on a Hawaiian bun. On the side: addictive house-made potato chips. 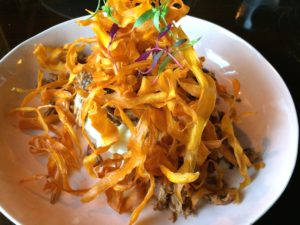 Lucilla’s signature entree is its snapper St. Charles. The flavorful, lemon-scented grilled fish is served atop creamy whipped potatoes with a mix of crab and pecans. The garnish is a mound of crisp sweet potato ribbons.

Other entrees include a vinegar chicken, filet mignon and Scottish salmon though the menu can change depending on the season. 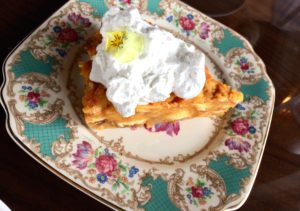 The bread pudding is another treat, the current version made with cranberries, almonds and white chocolate topped with a lemon mousse whipped cream.

Lucilla is a place where you can linger over roast duck and a fruity pinot noir or a burger and beer. It’s the type of charming restaurant we’d all want in our neighborhoods.