Dao, in the Chinese culture, means “way” or “path.” The path to the new Dao Restaurant in the Bannerman Crossings Shopping Center has its own special significance in Tallahassee, beginning decades ago, with local icon and entrepreneur Lucy Ho. 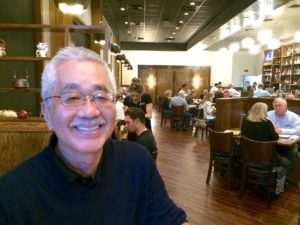 A pioneer of Chinese restaurants in Tallahassee, she opened her first venue, Lucy Ho’s Bamboo Garden, in 1970 and later launched Masa and Azu. Ho has retired, but her vision continues with Masa Nagashima, general manager of her restaurants for nearly 40 years, and Kenny Fan, the nephew of her late husband, who was a kitchen manager at Azu.

Nagashima, who is of Japanese heritage, and Fan, who is Taiwanese, are now both co-owners of Azu, on Apalachee Parkway, and Dao, which opened April 13 in the upscale Bannerman Crossings center.

If you’re a fan of Azu, you’ll be happy to have this outpost of the pan-Asian restaurant in the Northeast. The menu is the same as Azu’s except that some dishes are $1 or $2 more. 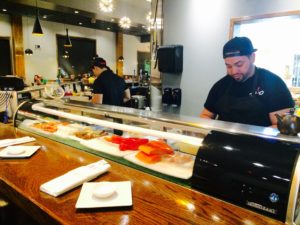 The setting
The setting is contemporary, desirable for a date night yet casual enough to bring the family. It’s spacious, with room for 209, but there’s warmth here, with lots of wood and subtle hues. Seating mixes tables and comfortable booths and there’s outdoor dining. Of special interest are the elegant displays of teapots from Taiwan. Dao has a room for private parties seating up to 24. 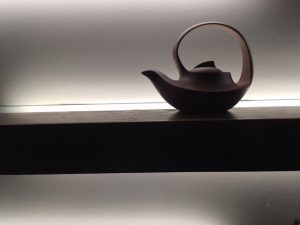 Dig In
Like many Asian restaurants, Dao has a huge menu so after two visits we’ve still only sampled a small portion of the choices available here. The restaurant offers plenty of appetizers, soups and salads if you just want to graze plus hot entrees and sushi, aiming to do justice to three cuisines — Chinese, Thai and Japanese. 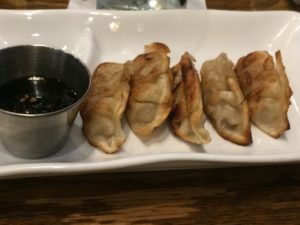 As for starters, our four pan-seared pork dumplings (you can also order them steamed) were delicious, pan-fried to a golden brown, totally binge-worthy. We also liked the plate-size scallion pancake, 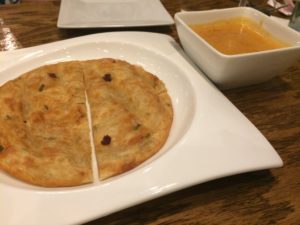 crisp on the outside, chewy inside, pan-fired, and served with a dipping sauce of rich coconut curry. The fried oysters were coated with a light panko crust, and while not the best we’ve had, were tasty.

One of our favorite dishes at Dao was the coconut chicken curry, my husband’s go-to choice at most Thai restaurants.

He was happy with Dao’s rendition, brimming with pieces of white chicken, green and red bell peppers and bamboo shoots in a lush sauce with a slight kick. All dishes come with steamed or fried rice.

Our friend raved about her Peking duck (she chose a half order), a generous serving of succulent, thinly sliced meat served alongside pieces of mouthwatering, crisp skin. You can slice open the accompanying doughy lotus pancakes 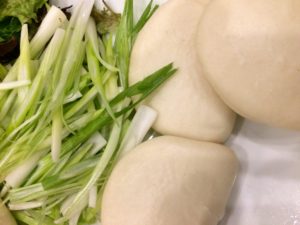 and make a sandwich with the duck, skin and green onions.

The grouper filet was outstanding, a large piece of fish lightly breaded and fried, topped with bits of mapo tofu, a mix of ground pork and tofu in a perky sauce. On the side was perfectly cooked broccoli.

If you like beef, the shiitake steak was an eight-ounce rib-eye, which we ordered medium rare. 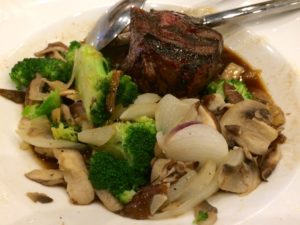 The meat was tender, served with lots of shiitake and white button mushrooms in a soy-based sauce, and broccoli. It was much better than the beef tenderloin we ordered on our second visit to Dao. That tenderloin was overcooked and chewy — the saving grace was an array of just-firm sweet bell peppers, zucchini and mangoes.

The menu offers six Japanese dinners, including teriyaki, tempura and panko-fried cutlets, which come with soup and salad. A friend ordered grilled chicken teriyaki, with green beans and some greenery (so you essentially get two salads). The chicken was moist and tender but it could have used a little more punch. 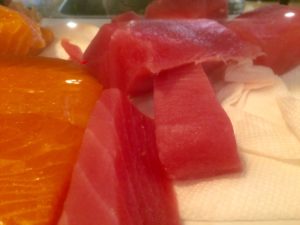 Dao has an extensive selection of sushi and sashimi, including dinners and a la carte choices, nigiri (leel, quail eggs with smelt roe, flying fish or squid), hand rolls (seaweed outside) and a list of more than three dozen rolls, including veggie rolls and picks such as the Philadelphia with smoked salmon, cream cheese and scallions, and the Dragon Fly, with eel, cream cheese, avocado, tuna, with eel and kimchi sauces. 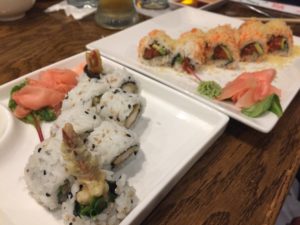 We skipped the more elaborate combos and opted for the simple spicy tuna roll and the shrimp tempura, with a piece of the fried shellfish poking out of a roll with mayo and a spring mix, both standards done very well here.

Service
Servers are young, friendly and helpful. When we took home leftovers, we were given a new carton of rice, a nice touch.

The bar
Dao has a full bar, plus bottled and draft beer (including Japanese beers Sapporo and Kirin), a small but varied wine list and hot and cold sake.

Bottom line
We found mostly hits and a few misses at Dao, but overall it’s a pleasant dining experience with reasonable prices and a welcoming atmosphere.

Tallahassee Table Rating
Worth a Drive

Mom’s the Word for Brunch