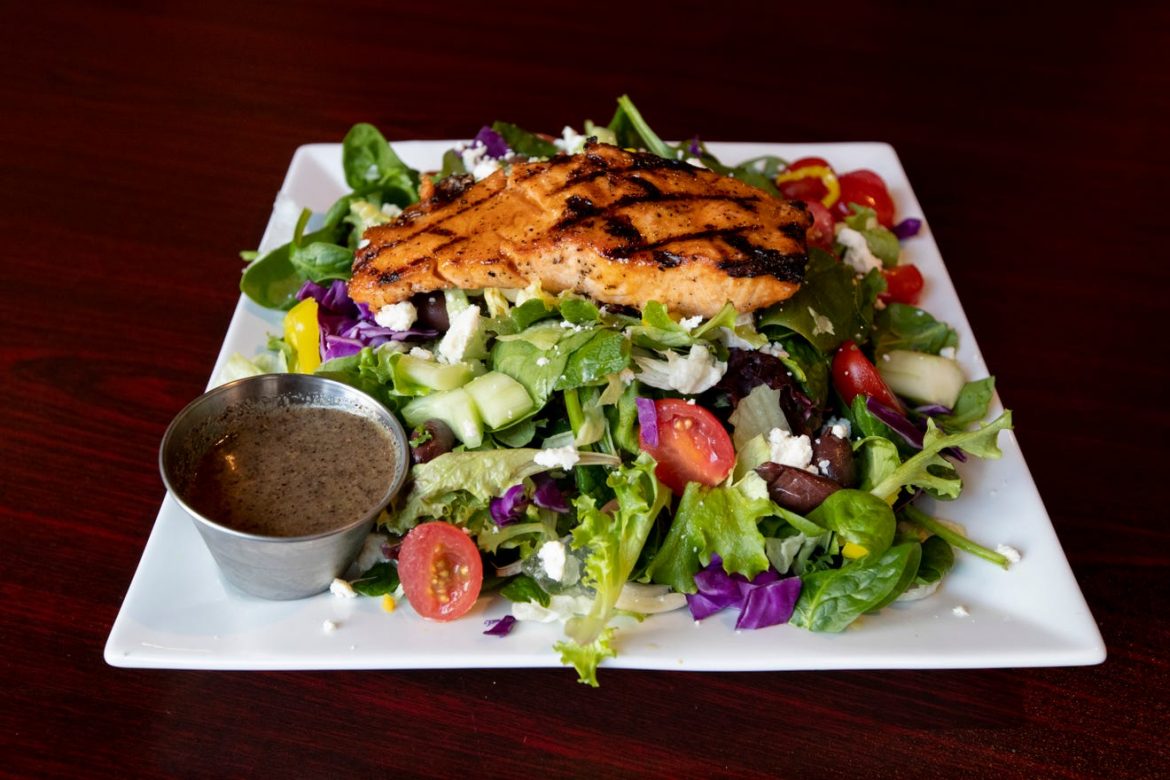 Watching so many Tallahassee restaurants close due to the pandemic has been a heart-breaking experience. That’s why it’s all the more uplifting when a restaurateur who has had to leave one site can begin anew.

This is the case with Mike Smith and Kyle Flowers. The two were behind the operating team of the popular, Seminole-themed Spear It on Tennessee Street. Due to the impact of Covid-19, the restaurant closed in May, just before its fourth anniversary. Now Smith and Flowers have launched another venture called Horizons Bar & Grille, which opened Dec. 14 in the Bannerman Crossings shopping center, across from Blu Halo.

The new restaurant is attractive with a cozy setting, with brick accent walls, a separate bar area and 20 TVs throughout — though it’s not a sports bar atmosphere. The main dining area is lined with rows of booths and there are more tables and chairs in a side room.

It’s a classy, adult space that works well for families, friends or couples who might want a nice dinner and a cocktail. There’s a comfy outdoor patio if you prefer to eat outside.

Located in the former home of Dick’s Wings and Grill, Horizons will offer some of the dishes that were big hits at Spear It, like their fun MacBites nuggets, ribeye and chicken soup.

“I was so thankful when they opened!,” wrote Tallahassee Table reader Ashley Kelley. “They have my favorite soup and they kept it on the menu. It will heal everything that may be wrong and change your life!”

The chicken soup will have to be a must-try on our next visit.

Not surprising given their new location, Mike and Kyle have dropped some of their over-the-top college-themed items like the mammoth Freshman 15 burger or decadent Sophomore Slump sundae.

The new Horizons will continue to specialize in American fare, offering dishes that are appealing to kids as well as grandparents. The menu offers popular choices but it’s not a book.

“We wanted to have a smaller menu and offer more specials so we can try different stuff,” said Mike. “It’s a way to test the water.”

Both Mike and Kyle have long careers in restaurant management. Mike, a Florida State University graduate in hospitality, was at Carrabba’s for 13 years, four as manager in Tallahassee, before going to Spear It. Kyle’s experience at Tallahassee restaurants also led to Carrabba’s and Spear It.

Horizons has a long list of appetizers so it’s easy to graze. We became instant fans of the Sunset Shrimp, a bowl of fried shrimp tossed in a perky sweet/hot sriracha sauce, garnished with a flurry of scallions..

We also couldn’t resist their popular “Crispy MacBites.” These decadent fried fritters coat housemade mac ‘n cheese in a shell of panko, bound to make the youngsters — and probably their parents — happy right off the bat

Other starters include hummus, a charcuterie plate, Southern-style Caprese and wings. You’ll also find a few bowls — including a poké bowl — and soups and salads.

The menu features a list of  “Handhelds” like tacos, a pimento cheese BLT, grouper sandwich, shrimp po’ boy  and burgers. It was a tough choice but I went with The Judge, a hefty, eight-ounce Black Angus burger topped with three of my favorites — Swiss cheese and sautéed mushrooms and onions, served with french fries, a tasty and filling combo.

My husband had the generous Jimmy’s Pork Chop — 12 ounces, French cut, bone-in. The meat is slathered with an apple cinnamon chutney, which adds a slightly sweet flavor. On the side, there’s a generous serving of mashed potatoes, which were just the right texture, and herbed broccoli.

The pork chop is one of the entree selections aside from steaks, Atlantic salmon, chicken tenders, pasta (including the Cajun Alfredo pasta) and shrimp. Also expect specials to pop up like Ma’s meatloaf or braised short ribs with risotto.

We tend not to get dessert with takeout dinners because they don’t always travel well but we decided to order the Chocolate Rumchata bread pudding RumChata is essentially a blend of rum, cream, cinnamon, and vanilla. We didn’t realize the bread pudding came with vanilla ice cream but amazingly, the ice cream survived the seven-mile trip home intact. Our meal was packaged well and they didn’t leave anything out.

I like fries hot at first bite so I zapped them in the Air Fryer for a few minutes when we got home and they were fine, nicely crisp.

The kids’ menu ranges from a $6 grilled cheese to a $10 steak. Horizons is bound to be a bright spot for Sunday brunch, with its appealing morning cocktails like the Sunday Morning Turnup made with Absolut Vanilla vodka, La Goccia Prosecco, Dekuyper Razzmatazz and pineapple juice. How could you sleep through that?

Brunch fare brings back stuffed French toast as well as chicken and waffles, Cajun shrimp and grits and biscuits and gravy.

Like the many Spear It fans out there, we were so sad when the restaurant closed. It’s great to see Mike and Kyle open this welcoming, comfortable destination with good food and drinks and a sophisticated vibe. Horizons, the name of their new restaurant, says a lot about their venture, said Mike. “It’s what’s next, a new voyage.”

My guess is, you’ll want to join them on this journey.