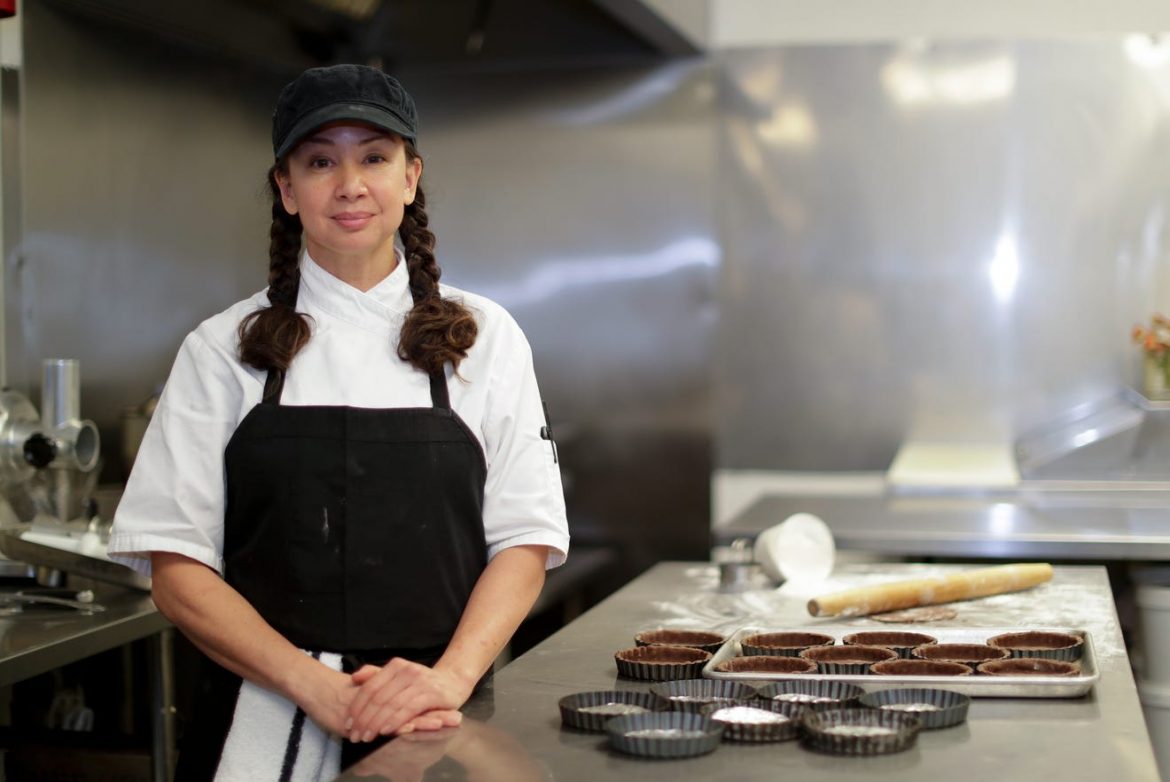 Tallahassee’s Sylvia Gould, pastry chef at Kool Beanz Cafe, has been named one of 20 semi-finalists for the James Beard Foundation Award — considered the Oscar of the food world — for outstanding pastry chef in the country.

“I’m in shock,” said Sylvia, when told of the honor. Her reaction? “Disbelief.”

“I feel there are many others out there who deserve it more than me but I am very humbled and very appreciative just to be nominated,” she said.

A beaming Keith Baxter, Kool Beanz’ chef/owner, said “She is so modest and humble and so richly deserving.”

“I have been in this business for 40 years and she is far and away the most gifted and creative pastry chef I have ever worked with.”

As word got out Wednesday morning, the Food Network had called to invite her on the Best Baker in America show in March.

The announcement of semi-finalists is the first major step (aside from being nominated in the first place)  in the journey to win the prestigious James Beard Award. The list of semifinalists will be voted upon and limited to finalists, announced on March 25. Winners are announced at the James Beard Awards Gala in Chicago on May 4.

Many of Sylvia’s desserts reflect her backstory. She was born in Bay City, Michigan, the daughter of a Vietnamese mother and German-American father. She attended Florida State University where she graduated with a bachelor’s degree in fine arts.

Baxter said that Gould first started working at Kool Beanz as a server, five months after the restaurant opened.

“When the pastry chef left, Gould said ‘I’d love to do that,” said Baxter. “She’d never done it before. I asked her ‘what makes you think you can do that?’ She had been here long enough that I thought she deserved the opportunity and I’d know pretty soon if it would work out. I never looked back. She’s completely self-taught.”

Gould is known for creative desserts that incorporate her own cultural background as well as that of her friends.

Asked about her favorite desserts, Gould joked “Anything I can torch.”

Indeed her baked Alaska is one of the most popular dishes here. She makes a vegan persimmon version as well as one with Vietnamese coffee ice cream, hibiscus syrup, komquats and lemon peel.

“She’s so talented,” said Baxter. “We love her to death.”

For more about Sylvia, see tallahasseetable.com/pastry-chef-extraordinaire/