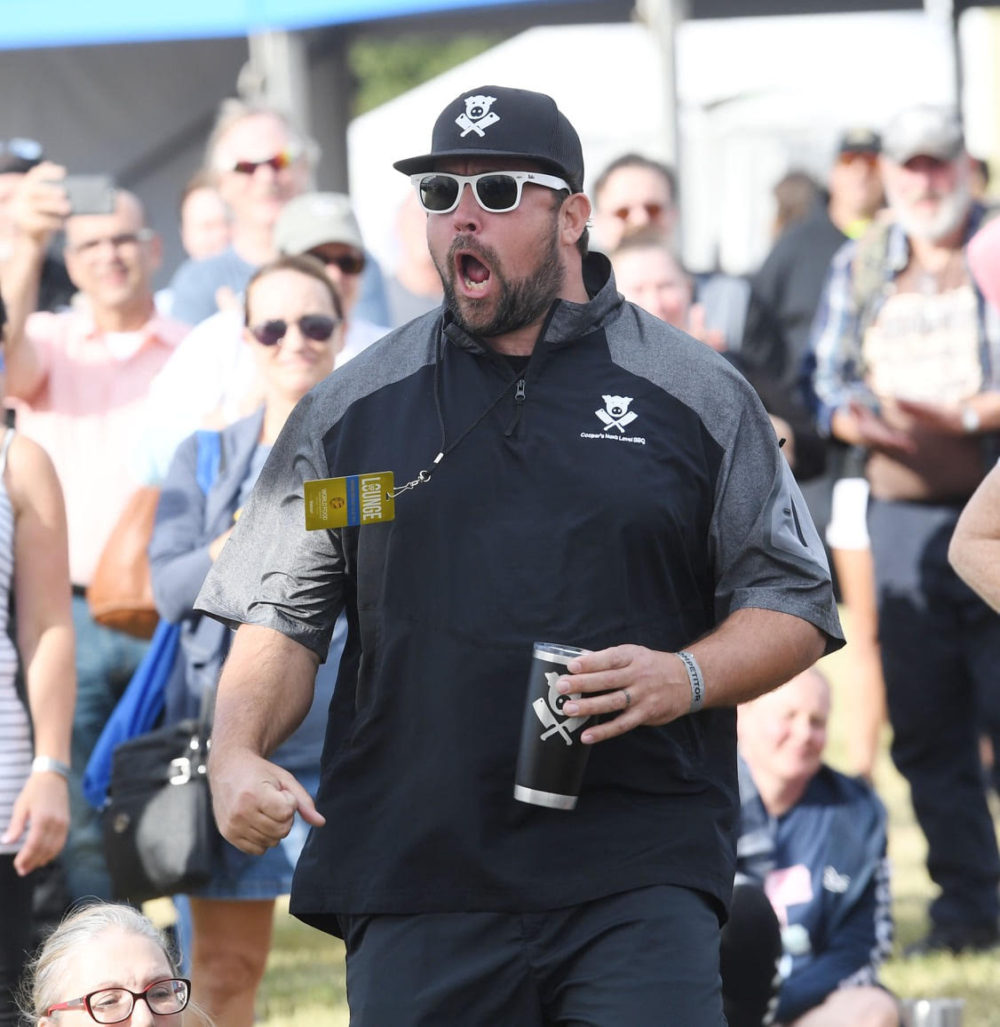 Josh Cooper may be a political consultant in Tallahassee but he has another claim to fame. He’s a winner in national and international culinary competitions, most recently the World Food Championships.

Cooper clinched the title “World Seafood Champion” in the event, held on Oct. 19 in Dallas. His winning dish was pan-seared scallops with caviar champagne beurre blanc.

“This competition has some of the best chefs in the world,” said Cooper, whose cooking team included his fiancé, Gannon Hunt, and his friend, D.C. political pollster David Lee. “As home cooks, we weren’t sure we could compete at that level until they called our name. It was exciting and shocking at the same time.”

More than 1,400 cooks from 42 states and 15 countries participated in the World Food Championships, which is in its eighth year. Each champion won $10,000 and a seat at the event’s Final Table in the Spring of 2020, where they’ll compete in Indianapolis for a $100,000 bonus prize.

While competing in such events is indeed stressful, Cooper said, he likes the rush. “It’s pretty intense but I love it,” he said. “I love to compete. I’m a political consultant and I played college football (at Furman University in Greenville, South Carolina).

“This is a competition that gets the blood flowing,” said Cooper.

He has been a contender in other competitions. He was a World Champion BBQ Pit Master and he competed on Season 8 of Fox’s “MasterChef,” where he was defeated by the eventual Season 8 champion, Dino Luciano.

Cooper has appeared on the Food Network and Travel Channel and was a celebrity judge for a local “Chopped Jr.” competition held in Tallahassee. He and his fiance recently launched Cooper’s Next Level BBQ (youtube.com/watch?v=tAJNUtuF2Jg ) and will compete in the Big Pig Jig in Vienna GA this weekend. Other barbecue competitions are coming up in 2020.

North Florida can certainly celebrate its culinary talent. Nick Rickman, executive chef of the Salt Block Restaurant in Marianna, Florida, was the 2018 World Chef Champion, was the runner-up at The World Food Championships 2019 Final Table in New Orleans, which Aired on CNBC, and was a Top 3 Finalist at The 2016 World Steak Championships.

In the Dallas competition, he received a Top 10 Medal in the Chefs Category and finished eighth overall. He will be serving the dish that won him a perfect 100 in a final round — his rack of lamb — at the Salt Block.

Congrats to our top chefs!

how to make a drink from roselle plant