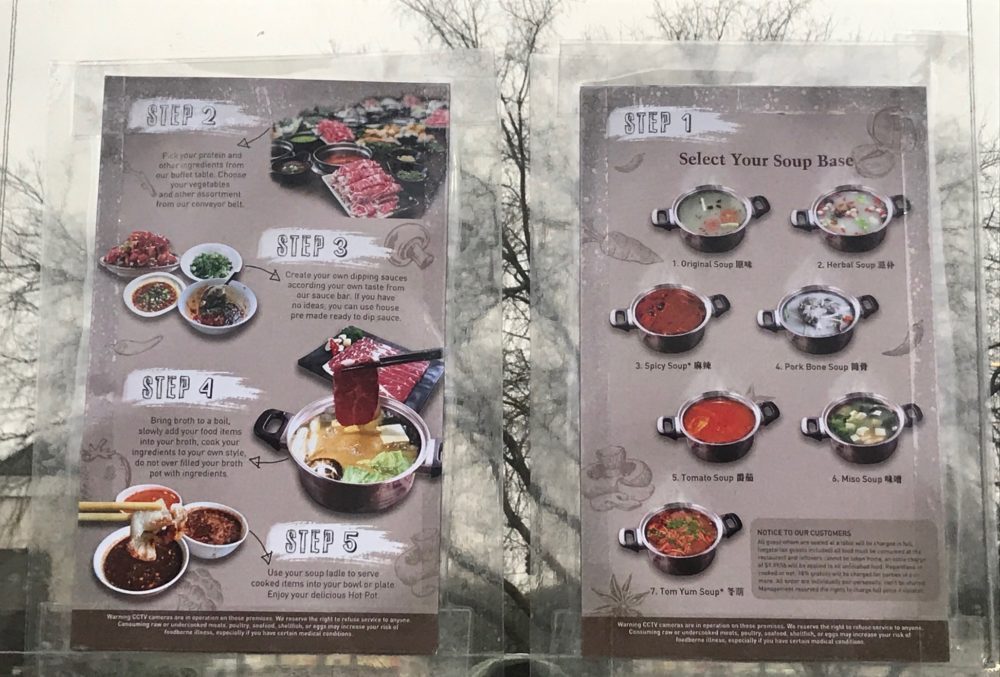 For years, Korean BBQ & More , at 2624 W. Tennessee Ave., has been the primary, and probably the only, Korean restaurant in Tallahassee.

But now two new Korean restaurants are opening. One is Volcano Hot Pot & BBQ , which is  moving to the former Red Elephant Pizza & Grill in the Capital Plaza at 1872 Thomasville Road.

The other is Kami Poke Korean Kitchen opening on Apalachee Parkway, in the same shopping center as Party City and Dick’s Sporting Goods, in the strip of shops around the bend from Canopy Road.

There’s a lot of progress on the restaurant but it’s unclear when it will open.

Volcano Hot Pot & BBQ, a branch of a Kissimmee restaurant, was aiming for a February opening but that’s been pushed back to sometime in March. Hot pot is primarily a Chinese dish but the restaurant will also serve Korean barbecue.

If you’re eager to find out more about hot pots, pictures posted on the window of the restaurant show the steps in making your meal at the dining table.

In Step 2, pick your protein, like seafood, chicken, pork, or tofu, and other ingredients from the buffet table. You choose vegetables and other items from a conveyor belt.

In Step 3, create your own dipping sauces or the house sauces.

In Step 4, you bring the broth to a boil slowly and add your food items to the broth, being careful not to overload the pot.

It’s easy to overeat at a buffet but at Hot Pot, owners caution you’ll be charged $9.99 per pound for unfinished food. I imagine this might upset some patrons but it’s one way to keep customers from wasting a lot of food.

I have friends who have eaten at restaurants with this policy and they say it makes you more careful about overeating. Both restaurants should offer intriguing dining options in Tallahassee — and one key thing: They’re not serving tacos.