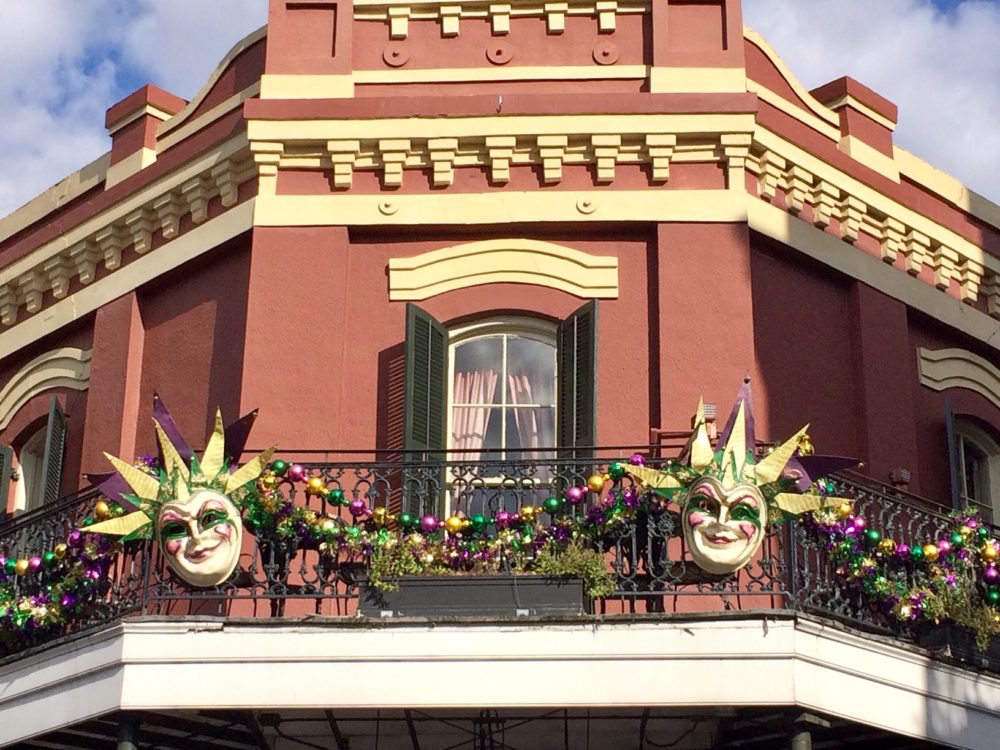 Mardi Gras season is upon us, with the biggest day to party — Fat Tuesday — coming on Feb. 25. We may be nearly 400 miles from the Big Easy, but it’s not hard to savor the flavor of New Orleans right here in Tallahassee. OK, we may not be in the French Quarter catching beads and doubloons, having a Hurricane — or two. But take heart!

We can find gumbo made with a soul-satisfying deep roux, chow down on red beans and rice, gobble crabs doused in Cajun spices and even find live crawfish. On the sweeter side, you can devour New Orleans-style stuffed snowballs and dive into king cake.

More good news — you don’t have to wait for mardi gras to find these foods in Tallahassee. Most are available all year.

What is New Orleans-style cuisine anyway?

The website for Auguste Escoffier, the famed school of culinary arts, states that the term “Creole” came to include those of French, Spanish or African ancestry, co-mingling their cultures in a colorful cuisine. Cajuns descended from the French settlers of the Canadian region of Acadia. The Acadians relocated to rural southern Louisiana and mixed with other ethnic groups, such as Irish, Spanish and German people.

But I like this description of New Orleans food today from American Heritage — “Louisiana cuisine, whatever it may be called, is the literal melting pot of America.  In a pot of gumbo served today in a traditional New Orleans house, there is a French roux, African okra, Indian filé, Spanish peppers, Cajun sausage, and oysters supplied by a Yugoslav fisherman, all served over Chinese rice with an accompaniment of hot French bread made by one of the city’s finest German bakers.”

The Vietnamese are also having a major influence on New Orleans cuisine. Many Vietnamese refugees landed in the Gulf Coast because they were drawn to the fishing industry, said Alex Bui, owner of New Orleans Seafood on Mahan Drive.

Vietnam and Louisiana were once colonies of France, and that heritage is reflected in dishes and ingredients — even the baguette, he said.

New Orleans Seafood is a small storefront with only a few tables but Bui, with help from his daughter Lexus, serves a hearty gumbo, red beans and rice, po’ boy sandwiches and at this time of year, you can now get fresh crawfish delivered alive from New Orleans.

The crawfish are cooked Vietnamese Cajun style, oozing butter and garlic. They’re so popular, it’s best to call in advance.

You can also find live crawfish at Coosh’s Bayou Rouge on the northside, with a crawfish boil planned for noon to 6 p.m. March 14.

The  theme at Coosh’s  is “Every day is Mardi Gras” but it will be even more of a celebration on Fat Tuesday when Coosh’s in College Town will be throwing a bash.

Celebrate Fat Tuesday at ArtiGras at the Railroad Square Craft House, at 644 McDonnell Dr. in Railroad Square (the former Proof location). The event will feature a brass band, costumes, masks, beads, craft beer and lots of partying. It’s free to attend and the party is from 6 to 10 p.m. February 25.

To learn to cook a New Orleans-style meal yourself, chef Jessica Bright McMullen at KitchenAble cooking school will be demonstrating  a menu of oyster po’ boys, shrimp and sausage gumbo with rice, skillet cornbread, café au lait and  flambéed  Bananas Foster at 6 p.m. Feb 25. (the cost is $40; call 850-264-2308 to reserve a spot).

If you’re a fan of a Sazerac, New Orleans’ famed drink, you can find them in a few spots in Tallahassee including the new downtown venue, Bar 1903. The Sazerac is listed in its pre-1880 list of drinks.

On Fat Tuesday, you’ll want to eat some king cake — the fanciful, oval-shaped confection, typically made with a slightly sweet brioche dough and varied fillings, such as cream cheese, cinnamon, apple and chocolate. The crowning touch is a festive frosting in Mardi Gras colors gold, green and purple.  Eat it for breakfast like a Danish or save for dessert

Don’t eat the baby! The king cake is said to represent the three kings who brought gifts to Baby Jesus — thus the reason for the small, plastic baby hidden in the cake. It’s considered lucky to find the baby, but if you do, it’s your task to supply the king’s cake for next year’s party.

Here are some places that serve New Orleans-style cuisine in Tallahassee. Wherever you go — laissez les bons temps rouler, my friends.

Big Easy Snowballs: The dessert shop offers New Orleans-style, stuffed snowballs with more than 75 flavors, either regular or made with evaporated milk. There are also sour and sugar-free flavors. Cottages of Lake Ella, 1621 N. Monroe; 850-329-6010.

Crafty Crab: The chain restaurant is known for its seafood boils with the option of Cajun seasoning. 1241 Apalachee Pkwy; 850-671-2722.

Harry’s Seafood Bar & Grille: The downtown restaurant, one of five Harry’s in Florida, serves jambalaya, Cajun-seared ahi among other Big Easy-style dishes and the restaurant is serving the dish Creole Redfish Napoleon through March 31.  On Fat Tuesday, Harry’s will celebrate Mardi Gras with beads, masks and Happy Hour all day and all night.

Jmo‘s SneauxBall Catering Co.: Jarrett Maloy, the owner and founder of the company, creates New Orleans-style snowballs. Maloy said the true snow balls are made with condensed milk on top of  shaved ice. You can get them filled with cheesecake or ice cream. Maloy is also selling king cake with a cinnamon filling and is planning a Mardi Gras theme special. He donates a portion of his proceeds to community youth development programs. 2033 S. Adams St.; 850-933-1239.

New Orleans Seafood: Alex Bui  moved to Tallahassee from New Orleans, where he owned a po’ boy restaurant. You can either order off the menu, including crabs on the weekend, or buy items in the freezer — including alligator sausage, crawfish boudin and andouille sausage. The menu also offers chicken wings and po’ boys. Stop by on Fridays for boiled crawfish, delivered live from New Orleans on Thursdays. 2819 Mahan Dr.; 850-727-8464.

You can also fiind king cakes at:

Sweets for your sweetie