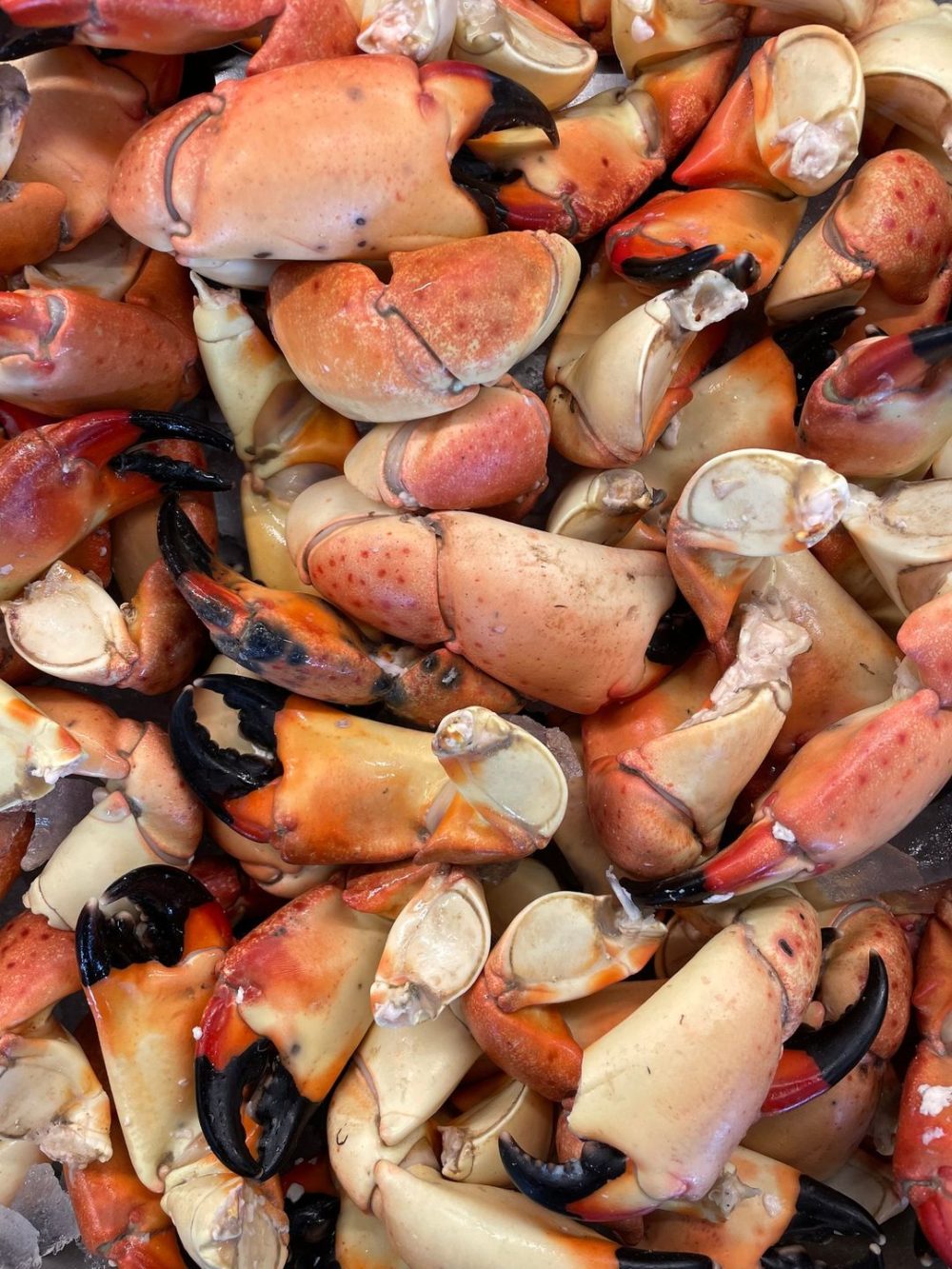 Tallahassee’s seafood markets, restaurants and nearby sources in St. Marks and Panacea are among the top places to grab the claws in our region.

You don’t have to travel to the legendary Joe’s Stone Crabs in Miami Beach to savor Florida’s beloved seafood delicacy.

Stone crab season is here now — it started on Oct. 15 and continues until May 1 — and there are several places where you can buy the crustaceans in Tallahassee and nearby (if you’re willing to drive about 30 miles).

“I never order them out in restaurants. I’d rather get them fresh (and as big as possible) from Southern Seafood Market,” Rick told us in his Facebook message. “While I occasionally will serve them warm with melted butter, I almost always prefer them cold with a Mustard Sauce (using the recipe from Joe’s Stone Crabs in Miami. See below.) “I often just feast on the crab claws alone; but, when I want a complete meal, sometimes I’ll serve them with hash browns and creamed spinach (a la Joe’s). Stones are probably my favorite food on the planet. I always start (and end) the season with a “First-Catch Feast” and “Season-End Feast”.

You can also find stone crab claws at some restaurants. Blu Halo‘s owner Keith Paniucki is putting them on the menu ASAP. Terry White, executive chef/co-owner of Sage restaurant, said he’ll be serving them but expect them at a later date.

Be patient the first few days as markets start getting their first batch of the sweet, coral-hued crustaceans.

“By Tuesday and Wednesday, we should have plenty,” said Matt McCreless, general manager/buyer for Tallahassee’s Southern Seafood Market.

Stone crab claws come in medium, large, jumbo and colossal sizes. Prices can vary but they have ranged from about $20 plus for mediums to $50 a pound or more for colossals.

Florida law forbids the harvesting of whole stone crabs. The fisherman can only take an adult claw, which regenerates, and return the crab to the sea. It’s legal to take both claws if they’re of legal size, but you’ll hear concerns that taking both leaves the crab defenseless. The claws are quickly boiled after they’re caught.

When you’re hunting for stone crab claws this season, here are some prime sources:

— Riverside Cafe on the River: The restaurant gets its stone crab claws “right off the boats.” As reader Scott Philips said, “you can’t beat the views.” The cafe sponsors the St. Marks Stone Crab Festival, which will be held Oct. 22. 69 Riverside Dr.; St. Marks; 850-925-5668.

— Southern Seafood Market: The market primarily gets its claws from sources in St. Marks to the Cedar Key area. Timberlane Shops on the Square, Tallahassee; 850-893-7301. Top photo of medium stone crab claws from a past catch at Southern Seafood.

2 tablespoons light cream (or half & half or milk)

First add the English Mustard, then add the mayo and beat for one minute (with whisk or beater). Add the remaining ingredients and beat until the mixture reaches a creamy consistency. Chill. Serves 4.

A version of this story appeared in Brunch, a weekend pop-up email during the 2022 General Election for Florida Politics.