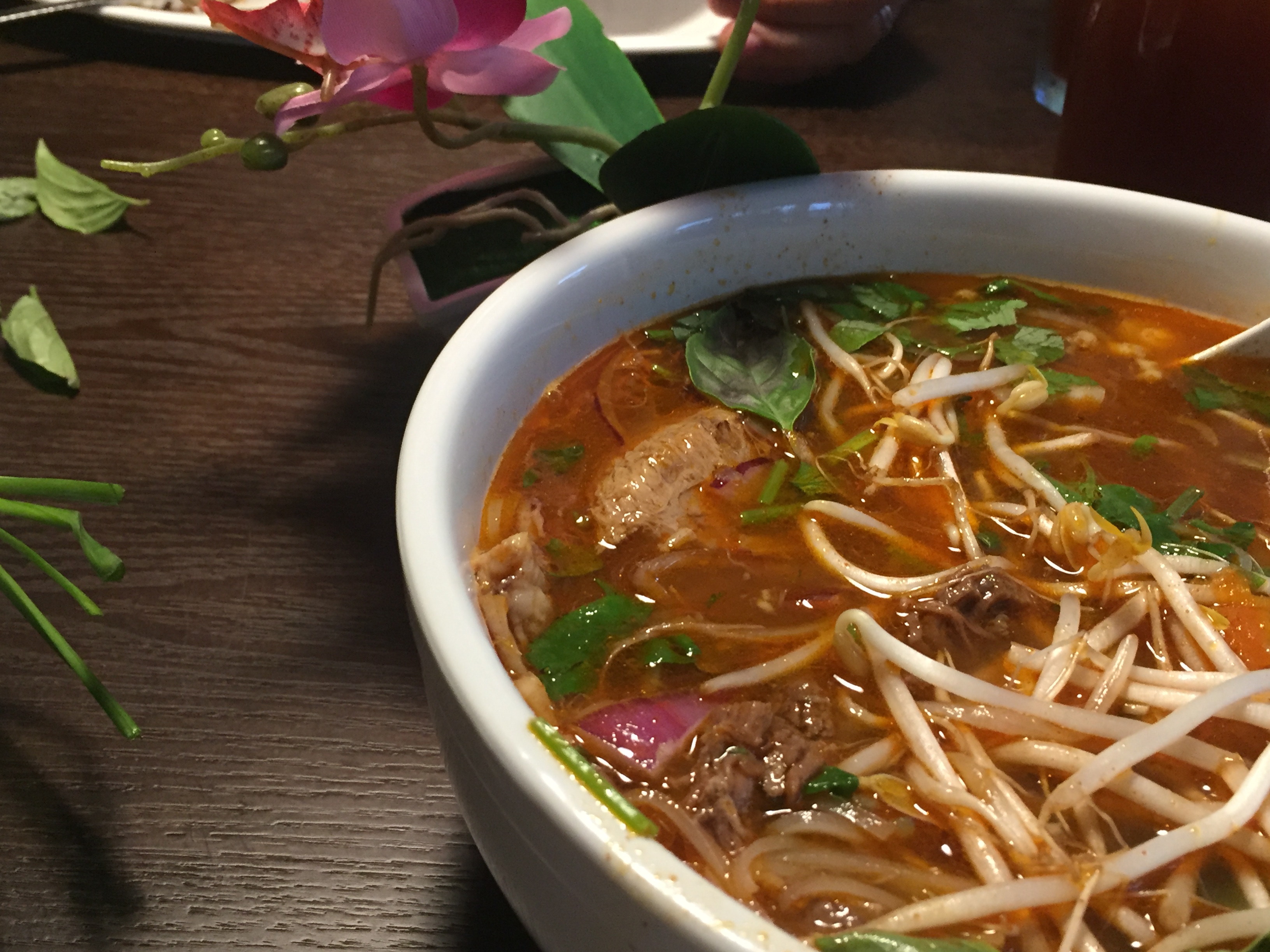 Barbecue. Bundt cakes. Super berries. Tallahassee has a new spate of restaurants — including chains, dessert spots, a sub shop, ethnic restaurants and a food truck — that have opened in the past two months and a few more will be opening by summer’s end.

Most of these are smaller, casual places, not of the ilk of a Blue Halo or Table 23, which opened last summer. Still, these are new places to discover and Tallahassee loves to try new restaurants.

Keep in mind that all that love can overwhelm a new spot. Places used to be able to open quietly but that’s unlikely these days. One bad batch of beans can doom a restaurant. So the idea is, give a new location a chance.

Here are the spaces we’ve come across.We’ve likely missed some new gems or promising places to come. If so, please drop us a note at [email protected].

Chuan Cafe:   This College Town newcomer boasts authentic Chinese cuisine with the slogan “Never Spicy Enough.” But if you’re spice-averse, don’t cross this place off your must-try list. The super hot dishes are marked and there are plenty of other choices, especially the dim sum. The Szechuan category includes roast duck, beef tendon with chili sauce, and bean jelly with Szechuan-style sauce.  Another bonus: Chuan Cafe, with a sleek contemporary decor, is open for lunch and dinner daily. 619 S. Woodward Ave.; 850-727-0228. 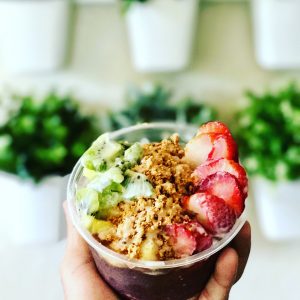 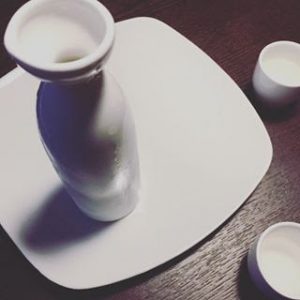 Lemongrass: The pan-Asian restaurant, from the same folks who owned the former Far East Cuisine in the Carriage Gate, have moved to the Centre of Tallahassee. The new, classier digs offer lovely art work, a sophisticated soundtrack and relaxed lights. Vietnamese and Thai dishes and sushi dominate the large menu. Specialties include Vietnamese beef stew, a bánh mì for lunch, curries and rolls. Finish with a cold — or hot — glass of sake. 2415 N Monroe St.; 850-765-0672.

LOL Nachos:  This place is a nacho bar that also serves other Mexican fare like tacos and burritos, but why the LOL? The restaurant is also a comedy club with shows Tuesday and Saturday nights.    2401 West Pensacola St., Unit D;  850-597-8372. 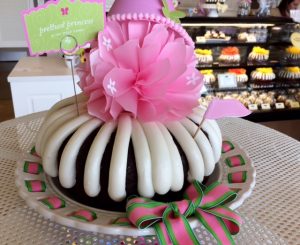 Nothing Bundt Cakes: If the term “bundt cake” makes you feel warm and fuzzy, you’ll be happy to discover this new shop devoted to the nostalgic dessert. These rich cakes are drizzled with a cream cheese-based icing and come in varied sizes: an eight or 10-inch cake ($21 and $31, additional charge for decorations), $3.99 bundtlets and bite-sized bundtinis (available only by the dozen). Ten flavors are available, including a gluten-free version and flavor of the month. Marty Newman, who opened the Tallahassee branch of the franchise on June 1, said there are 40 design options for special occasions. Despite its name, the shop sells some travel mugs, cake plates and gifts. 346 S Magnolia Dr.; 850-765-5188. 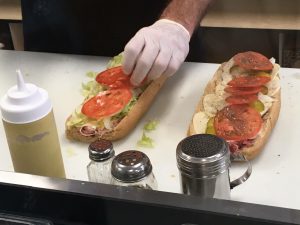 OG Subs: The sub shop originally opened in the fall, closed briefly and reopened June 23, so we’re including it in this roundup. OG is quickly getting a reputation for having the best subs in the city. No argument here. If you’re from South Florida, you’ll be excited to hear that one of their owners and several employees used to work at the venerable LaSpada’s Original Hoagies in SFla. You’ll find the same quality meats here (and meat tossing — trust us, it’s fun). 444 W College Ave.; 850-553-1352. 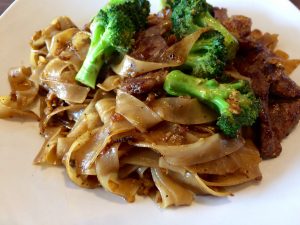 Thai Kitchen: Amy and Alex Soonthonthom spent many years helping a relative open Thai restaurants around the country. On June 1, they opened their own establishment, a modest 32-seat storefront providing a range of traditional dishes like coconut soup, Pad Thai and assorted curries. Shoppers in the plaza will find lunch is a bargain, including an entree and cup of soup or salad (dine-in only) for $8, $10 if you pick shrimp. The couple, natives of Thailand, will eventually offer sushi as well. 1400 Village Square Blvd.; 850-999-8960. 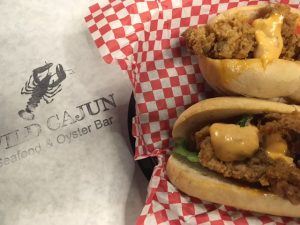 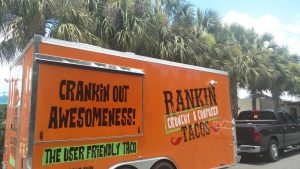 Rankin Crunchy & Confused Tacos: On May 28, Roger Rankin left his seven-year job working in the state’s radiological emergency program, which is charged with planning the response to a nuclear power plant crisis. A month later, he was planning something entirely different: menus. Fulfilling a longtime dream, Rankin, with his wife, Bridgette, opened this food truck, featuring a beloved fried taco recipe created by his grandmother in West Texas. Rankin Crunchy & Confused Tacos prepares the dish the way his grandmother did, cooking the meat and shell together. The truck offers five or six signature tacos, including Southern fried chicken, chorizo, lamb or beef or you can build your own. Tacos are served with a side of Texas-style beans and flat tater tots. You can catch Rankin’s food truck Saturday at Deep Brewing or check his Facebook page. 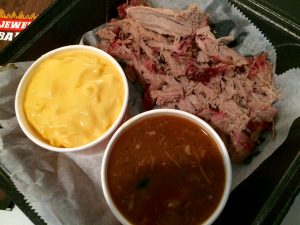 Willie Jewell’s Old-School BBQ: Tallahassee’s newest barbecue spot, which opened July 19, is a spinoff of the historic Bono’s barbecue chain, born in Jacksonville in 1949, created by Joe Adeeb and Josh Martino. As for the intriguing name, Willie Jewell Daniels was a homeless girl who came to live with the Adeeb family and proved to be a fine cook. The Tallahassee branch, owned by Chip and Amanda Evans, features pork and brisket smoked for 12 or more hours over live oak. “All the meat arrives raw and we smoke it,” said Amanda Evans. Also featured: St. Louis-style ribs, turkey, sausage and chicken plus classic sides like mac ‘n cheese, Brunswick stews, fried pickles, fried corn, fried okra and baked beans. 5442 Thomasville Rd.; 850-629-4299. 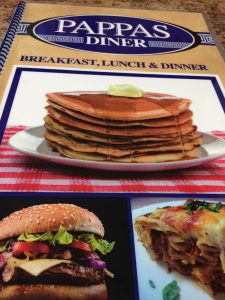 Pappas Diner: If you love an old-fashioned Greek-American diner, with dishes like pancakes, pastrami and spinach pies, you’ll be eager to try this new eatery from Sprio Pappas, who previously ran diners in South Florida. Pappas is open in the former home of the Village Inn. We could use a Greek diner in Tallahassee so fingers crossed. 2531Apalachee Pkwy.; 850-391-9585. 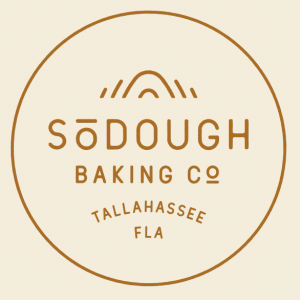 SoDough: Midtown is getting a new bakery specializing in quiche, donuts, cupcakes, muffins and other pastries (but no bread; not yet, at least) in the old Lenny’s Subs sites. The bakery is a project from For the Table Hospitality, the group that owns Madison Social, Township and Centrale in CollegeTown, specifically Matt Thompson, managing partner at Madison Social, and Lauren and Mike Poulos. We’re excited about their plans for specialty donuts. It’s expected to open in early August. 1306 Thomasville Rd.

Tin Lizzy’s Cantina: OK, it’s another taco joint but it sounds like a fun fit for College Town. Owners/founders Chris Hadermann, John Piemonte and Mike Evertsen all met while students at FSU and later opened their first taco restaurant in Atlanta’s Buckhead area in 2005. The Tallahassee branch will be the 14th in the chain, with other links in Atlanta and South Carolina. Don’t expect Tex-Mex or Mexican-style tacos. Tin Lizzy’s “FlexMex” style stars items like a low country boil taco with shrimp, chorizo, corn, tater tots; one with Korean barbecue; and skillets including the Cowboy with fried chicken, bacon and baked beans. Other items include quesadillas, entrees and salads. It’s expected to open near Township by the end of August. 619 S. Woodward Ave.