From bomb squad to bakery: Detective starting a new venture 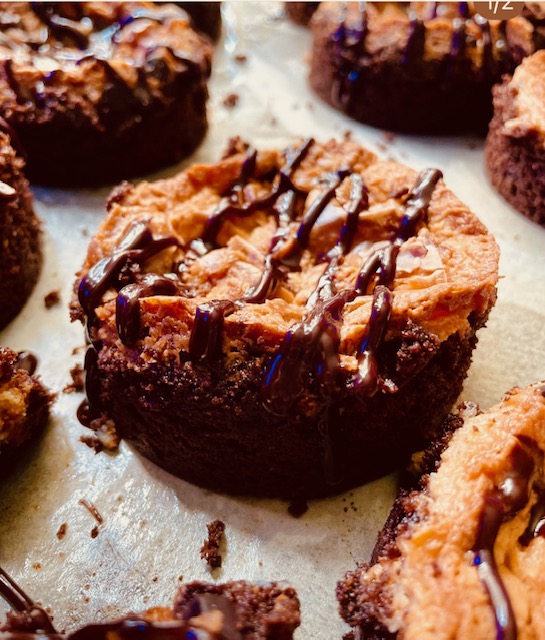 Chris Smith is a multi talented man who has worn many hats. He served in the U.S. Navy, was a bank vice president, had a position in legislative and internal affairs in the State Attorney General’s Office, became a longtime volunteer firefighter and trainer. Chris studied urban regional planning (with an emphasis on aviation) for his master’s degree at Florida State University, earned his pilot’s license and for the past 12 years, he’s been a Leon County Sheriff’s detective who is also on the department’s bomb squad.

But Chris has decided to switch from the bomb squad to baking. His new hat will be a chef’s toque.

“Chris is a renaissance person,” said his wife, Shannon. “He wants to do it all.”

Chris will be adding cafe owner to his resume. He will be opening Ground Ops Roastery + Bakehouse at 810 Thomasville Rd. in Midtown (near the intersection with Monroe Street) in December or early January. Construction is underway on the site, which will seat about 50 people, have indoor and outdoor dining (with air-conditioning in the patio) and ice cream for dogs.

Chris will be the baker and his son Conner will be the coffee roaster at Ground Ops. The name is inspired by Chris’ law enforcement background.

“When my dad was thinking about retirement from the sheriff’s department, he was wondering what he would do,” said Conner. “I told him ‘dad, you’ve been making cinnamon rolls my whole life. Why don’t you sell those?’ ”

Chris bakes sweet and savory rolls. Along with his original cinnamon, s’mores and lemon blueberry rolls, his savory treats include bacon, egg and cheese; meatball marinara; muffuletta rolls;  and slow-roasted pork with homemade barbecue sauce. He also creates “Hello Cakes,” a version of a butter cake and “the best banana pudding I’ve ever had,”  said Conner.

“I really enjoy baking and watching people’s expressions when they’ve eaten what I’ve cooked,” said Chris, who was an apprentice at the French bakery, Au Peche Mignon, when he was a college student.

“I’m excited for Chris and this next chapter in his life,” said Angie Green, a former TV anchor who’s a fan of Chris’ baking. “I was shocked to know he bakes and these rolls are so unique and such a great alternative to the normal breakfast biscuit!

“I got to sample the bacon, egg and cheese roll, which was literally all of those ingredients wrapped into the folds of a giant roll,” Angie said. “If you love a good, old hearty breakfast, this is it. And the cinnamon roll had the perfect amount of icing that was rich and not overly sweet. It balances the bread perfectly!

“I really like the variety of options for breakfast, brunch, lunch, and dinner with the savory blend and dessert with the sweet rolls! I love that they’re being creative with the flavors.”

As for the coffee, the beans will include a selection from friends who have farms in Mexico and Costa Rica among other countries. They went to Minnesota to study the intricacies of roasting. Their coffee lineup will include a variety of popular choices, decaf, cold brew and Nitrogen cold brew, which Conner said is a “really creamy coffee.”

Chris is launching a new career and a new marriage. He and Shannon Colavecchio recently wed on Oct. 12.

“I was a single mom with two adopted sons,” said Shannon, a former journalist who works for a public relations firm. She asked a friend if she knew someone in law enforcement who could talk to her youngest son about making better choices in life and on Dec. 10, 2021, Chris Smith came by.

“He was in uniform and armed, but he walked inside carrying a plate full of homemade cakes covered in foil,” Shannon recalled on her wedding website. On that visit, Chris and her son planted a tree. “On Sunday, he was making banana pudding for the bomb squad.”

“His food is so good,” said Shannon. “Full of love and full of decadence.”

“We just want Ground Ops to be a home away from home,” she added. “A place where you feel comfortable.”

Ground Ops will be located at 810 Thomasville Rd.