Impossible burger could be whopper of a success 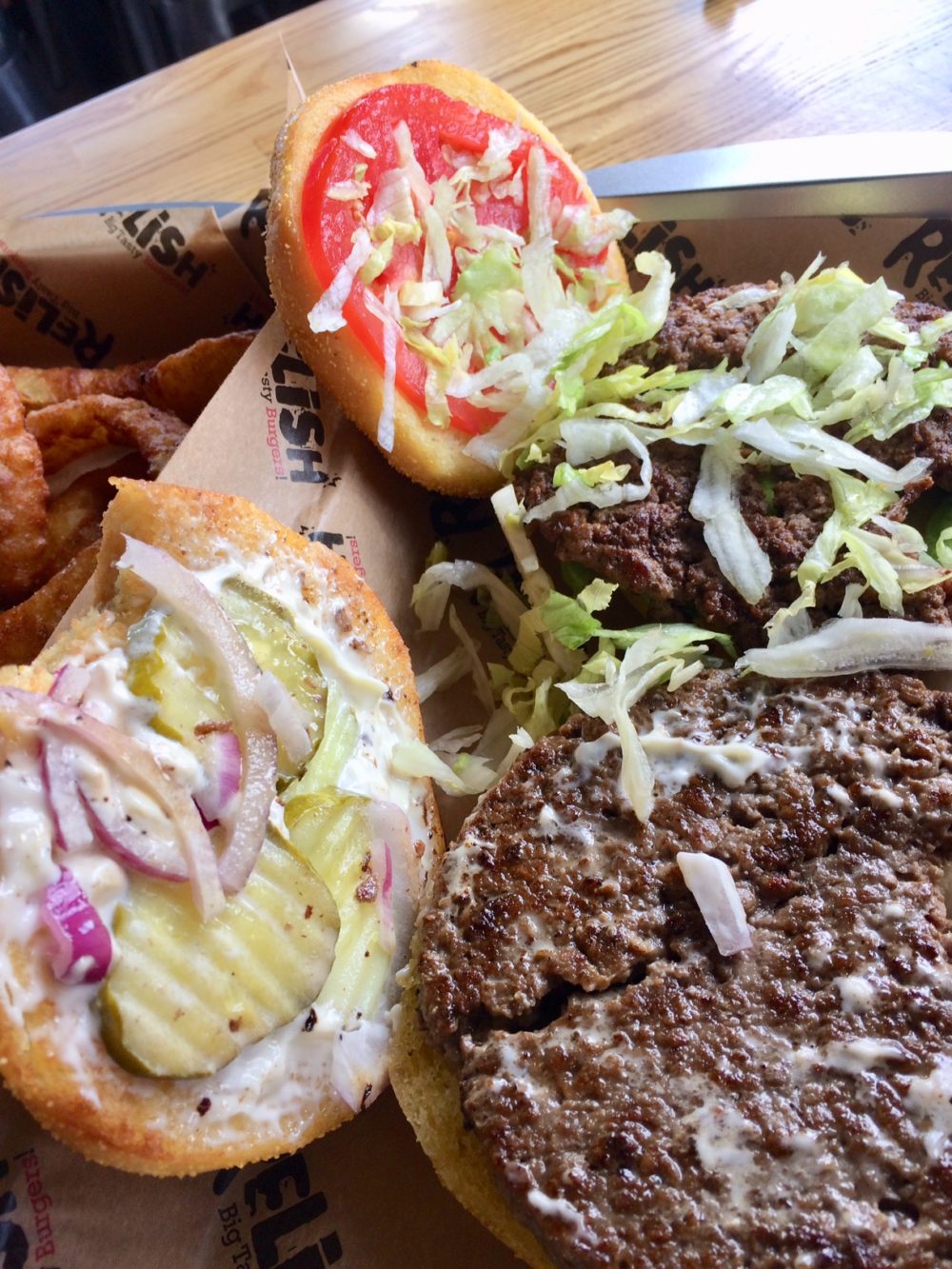 Years ago, when a vegetarian friend had to grab a quick bite she would go to Burger King and ask for a Whopper, hold the meat. She might as well have asked them to prepare beef Wellington. They were flummoxed.

Today, she no longer has to ask a burger joint to hold the meat. She simply has to order a meatless burger or a veggie burger or a plant-based burger — or as of today, an Impossible Whopper. The chain has announced that its making this new meatless option available nationwide starting Aug. 8.

Signs in the Burger King at 3570 Apalachee Parkway already had the Incredible Whopper listed this morning.

While the Impossible Whopper is new to Burger King, the meatless patty has already been available in Tallahassee at a few other locations.

My husband and I decided to try the nonburger burger at Relish on Tennessee over the weekend. The fast food restaurant is part of the small Gainesville-based chain.

We compared their regular burger with the Impossible version.

To jazz it up, you can add any of Relish’s 13 toppings (all free except for the avocado, which is $1 extra).

Alexis, one of Relish’s staffers who’s a pescatarian (she eats fish and seafood but not meat), said she thinks the burger “is really good.”

“It’s so popular,” said Alexis. I’m not surprised. We tried to order the Impossible Burger about a month ago and it was sold out.

We liked the burger though if you eat meat, the Relish regular burger is still superior, I would say.

Alexis noted the Impossible Burger is cooked on a flat-top grill that’s sectioned off and not cooked with other meats.

We were told at the Apalachee Parkway Burger King that the Impossible Burger is cooked separately and customers can also request that the patty be heated in the microwave.

No matter where you get your Impossible Burger it doesn’t hurt to ask if it’s cooked away from meat.

The Whopper sandwich only (without fries or onion rings and soda) is listed at $5.99 and 630 calories compared to a regular Whopper at $4.59 and 660 calories.

“The Impossible Whopper has 9 more grams of carbs, and it has more sodium than its meatier counterpart.” according to an article by Lyn Mettler on the Today.com website.

Still, you can bet there will be plenty of eager customers checking out the Impossible Burger this weekend.

You can also find the Impossible Burger at Red Robin, which introduced the Impossible patty in March. If you’re not a vegan, you can get the fire-grilled burger with a choice of cheese and mayo as well as pickle relish, red onions, pickles, lettuce and tomatoes.

Impossible Burger isn’t the only hot meatless choice on the market. Beyond Burger, which uses pea instead of soy protein, is found on grocery store aisles, including Publix and Whole Foods.

The U.S. Food and Drug Administration on July 31 approved a key ingredient in plant-based burger patties made by Impossible Foods, a rival to Beyond Meat (which makes Beyond Burger), that should clear the way for direct-to-consumer sales in grocery stores, the Reuters news service has reported.

The FDA in a statement said it concluded soy leghemoglobin, a protein-based color additive Impossible Food uses to make its burgers look and “bleed” like real meat, was safe.

Impossible Foods in a statement said it plans to launch its Impossible Burger in select retail stores in September.

Objections to the FDA approval can be filed for 30 days, after which the direct sale of the beef imitation patties using soy leghemoglobin is allowed, so stay tuned.

Have you tried the Impossible Burger or Beyond Burger? If so, how did you like it?

Whatever your choice of meatless burger, one thing is certain. Vegetarian diets are more common and in less than a decade, a vegan diet has gone from far-out to fashionable. Famous vegans include former President Bill Clinton, Natalie Portman, Ellen DeGeneres and Woody Harrelson.

Nutritionists see a growing number of teens interested in a vegetarian or vegan diet for many reasons, whether it’s concern over the treatment of animals, the environment or what they perceive as a healthier diet.

Eating a meatless burger isn’t necessarily the healthiest choice, but it’s no longer an awkward — or impossible — one.

Farmers’ Market on the move

Tally Mac Shack on a roll