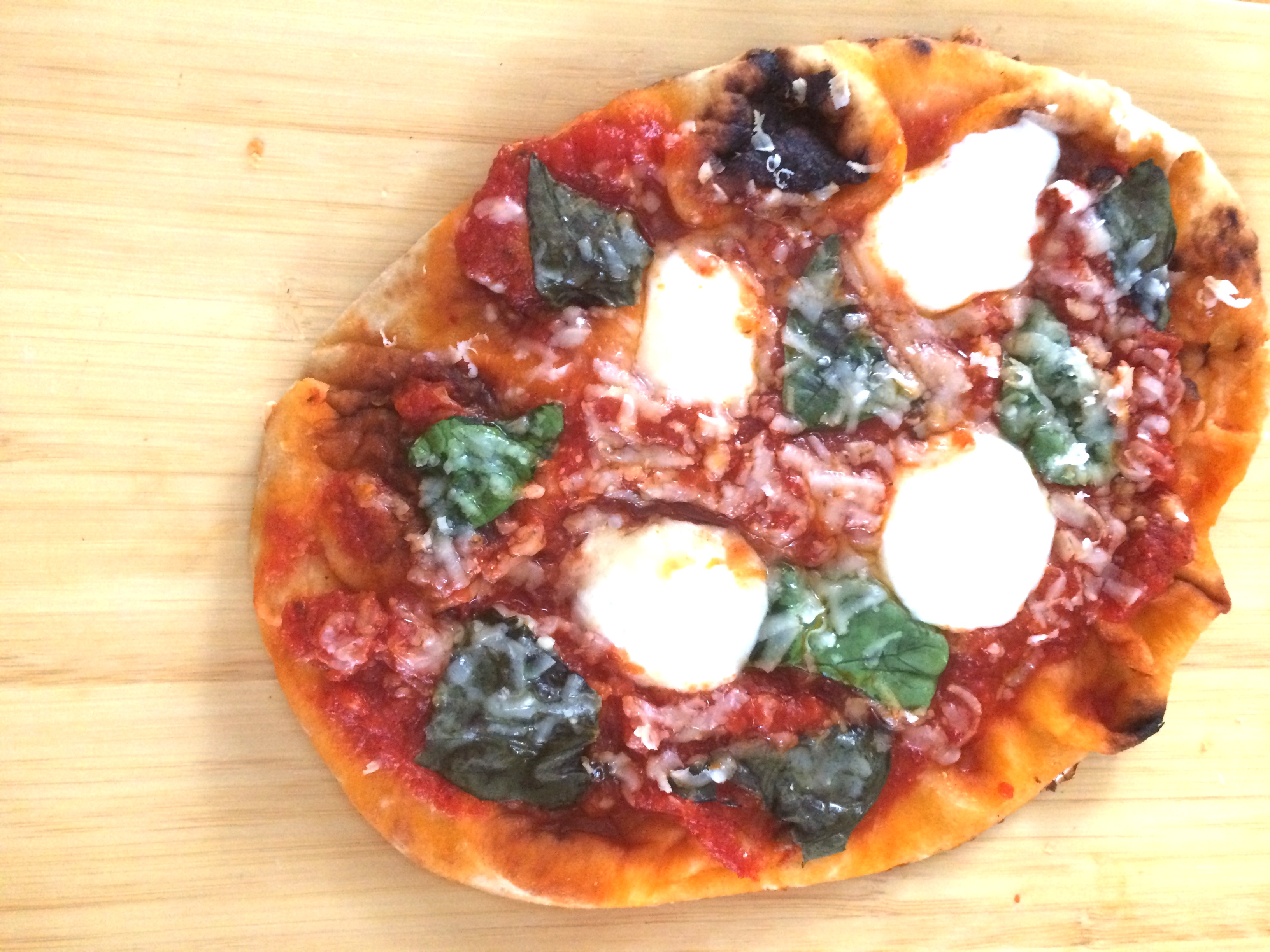 The New Year is still young, but food pundits have already been consulting their culinary crystal balls, predicting what we can expect to find on our plates in 2017.

Predicting trends for the New Year is precarious business. As the New York Times pointed out in a December article on food forecasting, “the practice is more art than science, often based on not much more than noting what is already percolating in big cities.” True perhaps, but it’s still fun to speculate.

Tallahassee Table consulted lists from foodie sources like Whole Foods, the National Restaurant Association, Pinterest, Bon Appétit magazine, the James Beard Foundation and some local chefs and farmers for ideas about what to expect in markets and restaurants in 2017.

What will be the new kale or quinoa? Will we fall in love with spelt or jackfruit? What will be the food of the year in Tallahassee? Tacos have been dominating the local restaurant scene and we don’t yet see that trend diminishing.

Tallahassee is not San Francisco or South Florida. We have our own tastes and our own pace. But here are nine trends to keep in mind. Only time will tell if any of them stick. 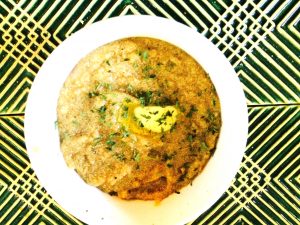 including kamut, spelt, amaranth, lupin and teff, the latter popular in Ethiopian cooking.

Cauliflower or maybe kalettes: While it’s tough to top the ubiquitous power food, kale, the James Beard Foundation has said cauliflower is providing lots of competition, with its mild flavor, “blank canvas” and versatility. Another option: kalettes, a new vegetable that combines the flavors of Brussels 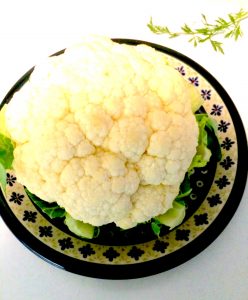 The lowly cauliflower is on the rise.

Charcuterie: What’s old is new again. Don’t dig out the fondue pot just yet, but charcuterie at least appears to be making a comeback. The popular serving of cured meats is on the list of menu items that will impact sales in the year ahead, compiled by The National Restaurant Association, which surveyed nearly 1,300 professional chefs who are members of the American Culinary Federation. House-made charcuterie was named a hot trend by 69 percent of the chefs surveyed. We’ve seen more charcuterie in the 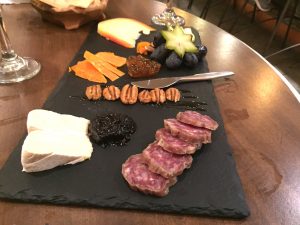 past year, with restaurants like Tallahassee’s 319 Wine & Cheese Shoppe and Fifth & Thomas pairing meats with a variety of cheeses and condiments. The big-city trend of making charcuterie in-house may not take off, but local restaurants are buying meats from butchers or markets and serving charcuterie their way.

Creative condiments: Whole Foods Market predicts more interesting condiments will shake up the culinary scene this year, including black sesame tahini, habanero jam, ghee (a type of clarified butter used in Indian cuisine), black garlic, dae syrup and beet salsa. But before we embrace Mexican hot chocolate spread, “I want people to fall in love with parsley,” said Katie Harris, manager of Full Earth Farm in Quincy. “It’s so underrated and so much more than a garnish. It’s one of the most awesome herbs that’s super good for you, good for your blood. It tastes good and has a lot of nutritional value.” Parsley’s health benefits may surprise you, especially if you’ve been picking it off your plate as a nonessential food. It’s considered an excellent source of vitamin K, vitamin C and beta carotene, which is an antioxidant that can help protect the body against free-radical damage and fight the effects of aging. It’s also a good source of vitamin A, folate and iron.

Delivery, please: Bon Appétit magazine sees an increase in delivery-only services. With our large college population in Tallahassee, it’s not hard to imagine a demand for such services here. Penny Delivers and Doorstep Delivery are two popular examples in Tallahassee though their clients go beyond students. Hospital employees, office workers and families are among the customers who want delivery services, said Christin Wright, manager of Doorstep Delivery in Tallahassee. The delivery service UberEats has become more popular in big cities but hasn’t yet made it to Tallahassee.

Jazzed about jackfruit: Pinterest is touting the nutritious as a pork substitute. You’ll just have to get past the stinky aroma. Using jackfruit as a vegan option has gone up 420 percent in 2016, according to Pinterest. Tallahassee’s Sweet Pea Cafe, a farm-to-table vegan/vegetarian restaurant, has been increasingly using jackfruit, particularly in tacos, nachos, burritos and barbecue, said restaurant staffer Whitney Corkowski. “We use it like a pork substitute. It has a pulled pork consistency,” Corkowski said. “We may cut it with tofu.” But what’s trendy at Sweet Pea, she said, is always “what’s in season.” 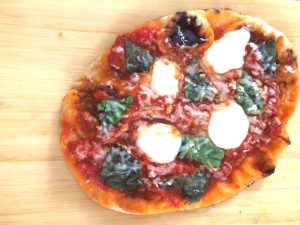 a canvas for your favorite pizza ingredients. You can pick up naan at the grocery store and create your own combinations. Pinterest calls it a top trend for the new year.

Passion for purple: As more consumers grow interested in farm-to-table products, more restaurants and home cooks are discovering vegetables they may have overlooked in the past. Whole Foods notes that purple foods are “popping up everywhere.” These include purple cauliflower, purple asparagus, elderberries, acai, purple potatoes and purple corn. The trend also reflects nutritional recommendations for a 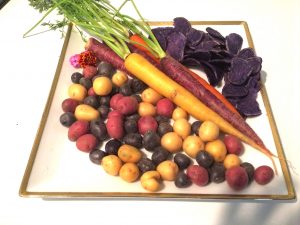 rainbow diet. Deeply colored fruits and vegetables tend to have more vitamins, minerals and antioxidants. Fifth & Thomas chef Zach Burton said he has been serving purple carrots and kohlrabi, an odd-looking member of the cabbage family with a sweet but peppery profile, that he buys from Full Earth Farm.

Sous vide anyone? This cooking technique (pronounced sue-veed), referring to cooking “under vacuum,” isn’t new, but more home cooks are trying it out and Pinterest predicts its popularity will rise in 2017. The method uses a vacuum-sealed plastic pouch that you place in a temperature-controlled water bath for longer cooking times. The method enables cooks to use less expensive cuts of meat to create tender steaks. Don’t let the fancy name scare you off.

Whatever 2017 brings in the way of food trends, we’ve come a long way from basic meat and potatoes.

Coffee from the Root