written by Tallahassee Table May 9, 2016

Tallahassee’s dining scene is heating up,  with a bunch of fun, new restaurants and more to come this summer.

Table 23 opened June 20 (see our post on the owner’s vision for the former Front Porch site), with a Southern-inspired menu and cocktails.

Christoff’s Bistro & Wine Bar (from the folks behind Wine Loft) is now up and running  in Market Square, serving regional fare, game and seafood with a Southern flair.

Backwoods Crossing, from the owners of Backwoods Bistro, opened on Mahan Drive on May 31 touting a farm (or garden)-to-table concept. (See our post for more details).

Spear It has opened at 609 Tennessee Street, serving American eats.

Chain outposts Chuy’s and Dreamland are both open.

The Southern theme remains popular in Tallahassee restaurants so we’ll have no shortage of fried chicken and shrimp and grits. But we also expect some innovative and fun dishes in these new kitchens.

A few other places are coming later this summer, and in case you missed them, a few other spots recently opened, including a cigar lounge and a seafood spot.  Here’s a roundup:

It’s billed as a swanky restaurant specializing in steak and seafood (including stone crab, in season) with a wine and martini bar, craft beer selection and private rooms. Blu Halo is expected to open at the end of August in the new, open-air Bannerman Crossing shopping center along Bannerman and Thomasville roads in Northeast Tallahassee. Full entrees will range from $30 to $50 according to the restaurant’s Facebook page.

The festive, funky Tex-Mex chain just opened its first link in Tallahassee on Lafayette Street, its 75th restaurant nationwide. Expect a lively atmosphere, with colorful umbrellas and strings of 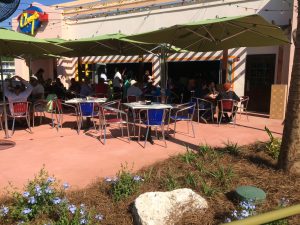 outdoor lights brightening the outdoor patio. Looks like a party waiting to happen. Inside, you can chow down by the shrine to Elvis, check out the pet wall where you can post pictures with your pup and during happy hour, indulge in the free, unlimited, build-your-own nacho plates stationed in a classic car. Launched 30 years ago, the chain touts hand-rolled tortillas cooked all day on a traditional comal (flat griddle pan) and specialties including Elvis Green Chile Fried Chicken, chile rellenos, Chicka-Chicka Boom-Boom enchiladas (named for its rich boom-boom sauce, what else?) and Texas-tinis (you choose the tequila and orange liqueur) served in an 18-ounce shaker.  Chuy’s is open daily for lunch and dinner and can seat 307.

The Southern barbecue joint is now in Tallahassee, bringing its ninth branch to the Centre of Tallahassee (formerly the Tallahassee Mall.) Other spots are in Alabama and Georgia. Dreamland was founded in 1958 by 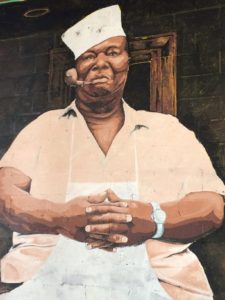 brick mason John “Big Daddy” Bishop in Tuscaloosa. The place is known for its pork spare ribs cooked directly over a hickory pit covered with a grate (instead of in a smoker) and its signature sauce, served with slices of white bread. Barbecue chicken, pork, smoked sausage and traditional fixins’ will be on the menu. The Tallahassee site has counter service with seating inside and outside by the amphitheater. FYI: You can order your own picnic. The Memorial Day carry-out special offers three slabs of pork spare ribs, two quarts of sides, a loaf of bread and a jar of sauce packed in a cooler, feeding eight to 10, for $82.95.

The former Fifth Avenue Tap Room in Midtown has been transformed into a restaurant as well as a bar and music venue, with tables offering a view of the stage in the spacious room. The restaurant serves an impressive Sunday brunch and has added 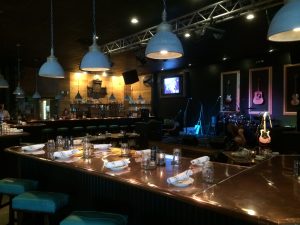 a dinner menu on Thursday through Saturday nights.  From the owners of next door’s Finnegan’s Wake, Fifth & Thomas features acoustic musicians (or bands that won’t blast your ears) during meals. After dinner, the volume goes up in a more clubby atmosphere with live concerts. You might think the food would be pub grub but this place looks like a hidden gem. Chef Ryan Goreau, most recently sous chef at Sage for four years, is featuring an intriguing menu, limited at first (that’s OK with me), serving Southern-influenced dishes like andouille-crusted catfish and pickle-brined fried chicken as well as sweet potato pappardelle. And Goreau makes his own pasta.  Millennials can join their parents for dinner and stay to party.

The owners of Midtown’s Wine Loft have opened this new spot on Market Street with the focus on food, though it will also have an extensive beer and wine selection. Wine Loft manager and chef C.J. Reilly will also be at the helm of Christoff’s, which specializes in Southern favorites like fried chicken with veggies. The space features an antique oak bar, reclaimed wood and seat about 50, with a private room as well.

The former home of the Front Porch finally has new owners and a new identity. The menu will feature a Southern twist, reflecting cuisine from Texas to Virginia, with a big stop in New Orleans. New 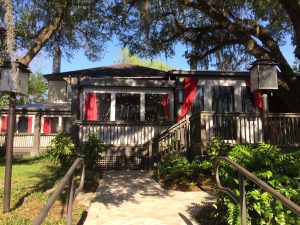 owners Mandy and Joe Lemons both have years of experience in the restaurant business. Joe Lemon, who worked for Bloomin’ Brands Inc. for 23 years, most recently was the managing partner for Bonefish Grill in Tallahassee. Top chefs will be Brian Knepper and Brandon Miller, Knepper was the executive chef at the Governor’s Club and former executive sous chef at Cypress. Miller’s career includes culinary manager at Bonefish Grill in Tallahassee.

The fast food spot, Chicago Chicken & Grill, on Adams Street,  is opening its second location on Apalachee Parkway in the former home of Black Bean.  You can’t miss it. The place is painted a bold red.

At the Centre of Tallahassee: Aside from Dreamland, other restaurants are in the works at the mall, although we don’t have opening dates for those prospects. The Urban Food Market, modeled after Mario Batali’s Eataly (we can only hope!), will be a 15,000-square-foot space that includes several restaurants offering pasta, gelato, pizza, a butcher shop and Italian fine dining, featuring chefs and artisans from Italy. Canopy Roads Brewing is working on its new, 5,000-square-foot space near Dreamland and the amphitheater. Check the company’s Facebook page to keep up with its progress. There’s also a sign up for a new independent restaurant called Lemongrass that will serve Thai and Vietnamese cuisine and sushi. Details to come on these.

The Latin restaurant El Viroleño has just moved from its divey location on Tennesee to spiffier digs in the Northeast. Its new location is 2910 Kerry Forest parkway, Suite B-1;  850-906-0123. Be sure to try the pupusas!

Village Inn is closing its family eatery on 2531 Apalachee Parkway and moving to the nearby Magnolia Grove Development in the 200 block of South Magnolia Drive.

A few  other spots have expanded or will be adding locations.

The Florida-Alabama chain, Island Wing Company, is opening at 1370 Market St., next to the new Vertigo’s.

Lucky Goat  has opened  a new location in Midtown at 1370 Market St., near Bella Bella and next door to the new Fuma Cigar Social.

The owners of 101 Restaurant announced they were suddenly closing the restaurant on May 12 and were planning a new concept for the site. Their lounge, Mint,  remains open.

Cigar aficionados will love this classy new Midtown lounge, with a large walk-in humidor with what’s described as a state-of-the-art air filtration system. Fuma serves beer, wine and a pretty good cup of Cuban coffee. (Check out the humidors made from ammunition cases, on sale.)

You can’t miss the nautical exterior of the new eatery, which has been open a few weeks in the former site of Cody’s Original Roadhouse. Saltwater can seat nearly 300 people, has outdoor seating and private dining.

Let me know of any other new places or upcoming spots that I’ve missed. And I’d love your feedback on these new additions to our dining world.

Bill of Rights for Diners

Will there be a cheese cake factory any time soon and or a Dave and Busters?

I haven’t heard of any plans for these but I will look into it.

Thank you for passing this along. It looks great. Will be checking it out!

I’m surprised there is no mention of Backwoods Crossing.

Hi Kelli,
I hadn’t come across Backwoods Crossing so I’m so happy you took the time to let me know. I will definitely check it out and add it to the summer openings story. I hope you’ll keep reading and offering feedback. More stories to come! Thank you again!