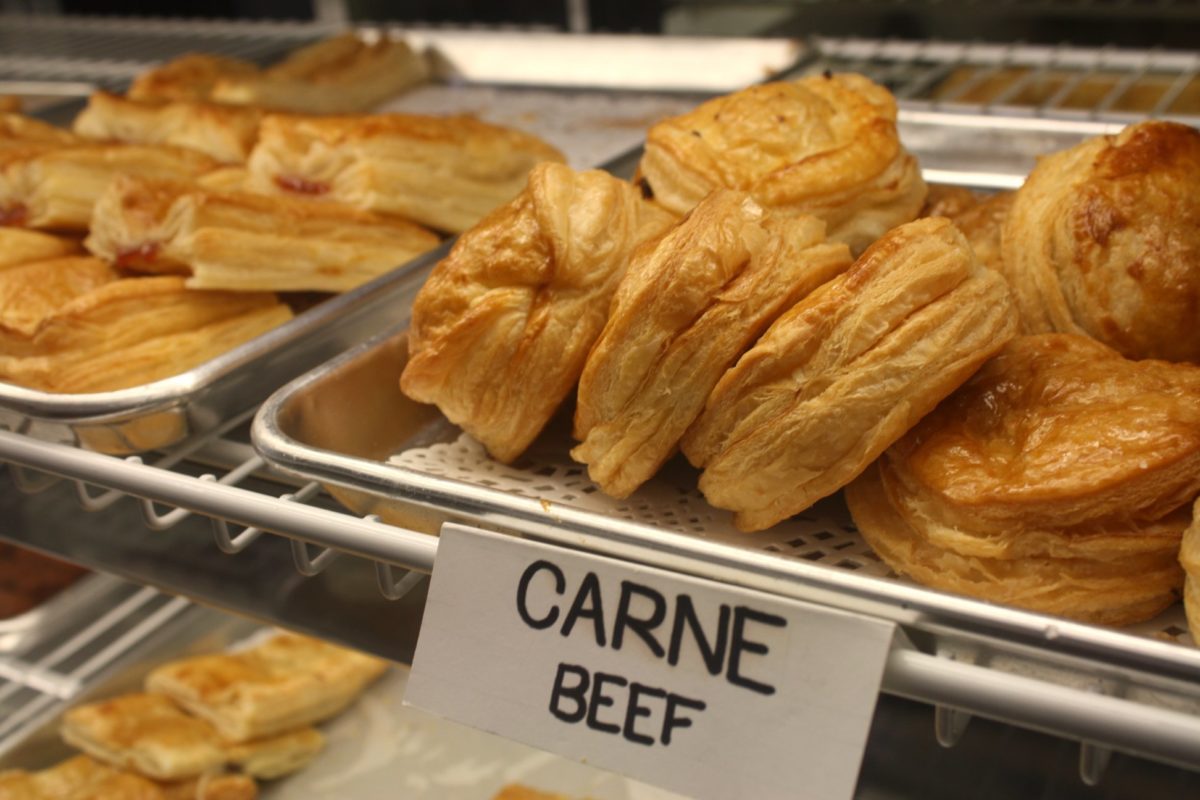 When Chi Chi’s Cafe opened in February, it was so packed it took us weeks to sample its traditional Cuban fare without having to stand in a long line. Many of those eager customers, especially students, were craving a taste of home, and by home, I’m not talking about Havana.

Chi Chi’s has a definite Miami vibe, but you don’t have to be a South Florida transplant to appreciate comfort classics like pastelitos or picadillo, a palomilla steak, or medianoche sandwich. Pair with a colada or cortadito and you’ll be caffeinated all day. 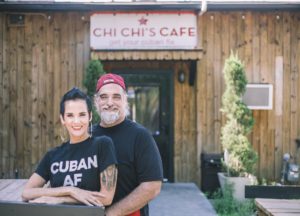 Now that it’s summer, the pace has eased at Chi Chi’s, making it a good time to stop by the tiny, counter-serve venue on Tennessee Avenue, in the former home of Gritz N Greenz. The Frenchtown bakery/restaurant is open for breakfast and lunch Monday through Saturday.

“It was insane at first,” said co-owner Rafael Diaz, who named the restaurant after his wife Donna, whom he affectionately calls Chi Chi. “We had hundreds of people here at a time. We didn’t expect it. So we hired more people, changed our equipment. It was a big learning curve.”

This is the first restaurant venture for Diaz, a first-generation American who is of Cuban heritage. He lived most of his life in Miami, serving in the U.S. Coast Guard, then working as a police officer and then in corporate security for 30 years.

“My daughter went to FSU for four years and she was always saying, ‘Dad, bring me pastries and croquetas,” said Diaz. He wound up opening the restaurant — after his daughter graduated in August. He bought the space in September and spent months doing renovations. 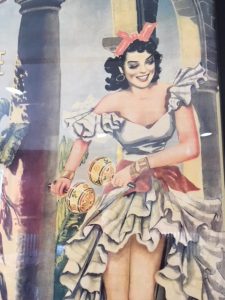 The result is a bright, cheerful setting accented in bold red hues, with retro posters and large, humorous signs teasing: “You know you’re from Miami when … You live 15 minutes from the beach and never go” and so on. 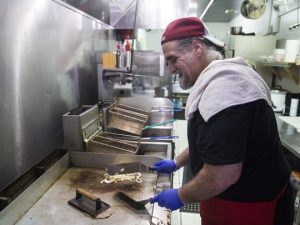 Many of the students working here are from Miami. To please discerning customers, Diaz orders 100 pounds of coffee from Hialeah in South Florida every month. He buys the puff pastry to bake his pastelitos daily, making all the fillings, like guava and cheese, coconut or beef. He makes a vegetarian empanada with black beans and cheese along with a regular beef empanada. 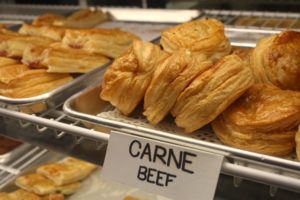 My husband and I moved from South Florida six years ago, so there’s a feeling of familiarity when we walk into Chi Chi’s, with its display case of golden pastries and sandwiches, the room scented with deep roasted coffee. We load up on the flavorful croquetas, with either creamy ham or chicken stuffed in a crunchy breaded shell, and slowly savor our sweet café con leche.

When it’s available, order the frita or Cuban burger, the patties made with a mix of ground beef and pork, spiked with paprika and cumin, garnished with crisp potato sticks on a soft bun with a piquant sauce and french fries. It’s a delicious alternative to a typical burger. 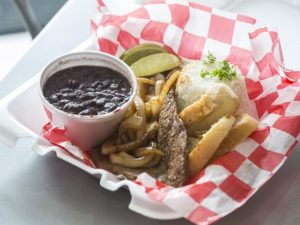 The menu features a limited choice of entrees that include picadillo, a Cuban-style Sloppy Joe but much better, bringing a mound of well-seasoned ground beef with onions and peppers, served with white rice, black beans and plantains.

We haven’t yet tried the Cuban sandwich, with layers of ham, pork and Swiss cheese, or the medianoche (midnight) sandwich, made with a sweeter bread and usually devoured as a late-night snack, but those are on our list for next time. 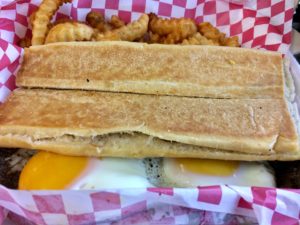 If you’re in the mood for a Cuban-style breakfast, Chi Chi’s offers the el jefe (the chief). It is indeed a breakfast for someone with a big appetite, featuring a large slice of thin Cuban steak (palomilla) with grilled onions and lots of addictive, crinkled fries with two fried eggs and slices of Cuban toast.

Other breakfast items include “buenos diaz” or a sandwich with eggs and meat and a breakfast empanada.

If you’re not familiar with Cuban coffee, here’s a brief primer:

Cafecito: A small shot of potent Cuban coffee in a thimble-size cup.

Colada: Cuban coffee in a small plastic foam cup, served with small cups to share. Bring some to the office and your friends will love you forever.

Café con leche: A drink made with three quarters of steamed milk and a shot of Cuban coffee. It’s typically served with a generous dose of sugar but you can ask for it without sugar and add your own.

Diaz is encouraged to see Chi Chi’s attract newcomers to Cuban food, as well as appreciative customers who grew up loving the cuisine.

“The community has been great,” said Diaz. “We feel so blessed.”

Chi Chi’s Cafe joins a small but popular cadre of Cuban restaurants in Tallahassee and nearby. Here’s a look at our prime choices: 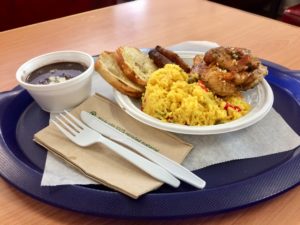 Cuban Grill: Carlos and Anne Pla have been cooking Cuban cuisine in Tallahassee since 1998, serving favorites like arroz con pollo (roasted chicken with yellow rice), ropa vieja (shredded beef stew) and palomilla (grilled steak, chicken breast or white fish fillet) with traditional sides for lunch and dinner. The couple opened their Capital City storefront in 2009, where they also offer a long list of hot-pressed sandwiches including a traditional Cuban, medianoche sliders, a Cuban Q with shredded pork and a Cuban burger. “My wife Annie wakes me up in the middle night with an idea for a new sandwich,” joked Carlos, a native of Cuba. One fun, cross-cultural choice is the “Juban Deli,” the original Cuban sandwich piled high with grilled pastrami, corned beef, spicy mustard and coleslaw.
2743 Capital Circle NE, 850-523-9135, Open 11 a.m. to 8 p.m. Monday to Saturday. 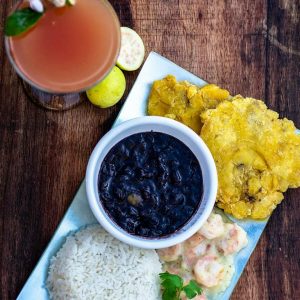 Cuban Mojos Cafe:  Owner Lucia Lozano, born in Havana, has been operating this colorful Crawfordville Cuban restaurant for three years. Menu favorites include ropa vieja, churrasco steak with chimichurri sauce and ”ginormous masita” (pork loin shank) plus croquetas, tamales, a long list of sides and specials like ceviche and fresh oysters on the half-shell on the weekends. The venue, which serves lunch and dinner, has a full bar with a billiards room and plenty of sweet treats you can pair with Cuban coffee. 10 Preston Circle, Crawfordville; 850-926-2115. Open 11 a.m. to 8:30 p.m. Monday to Thursday, 11 a.m. to 9:30 p.m. Friday, 11:30 a.m. to 9 p.m. Saturday, 11:30 a.m. to 3 p.m. Sunday. 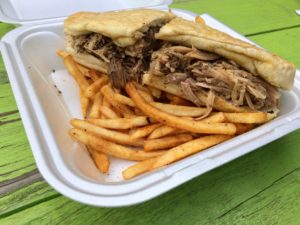 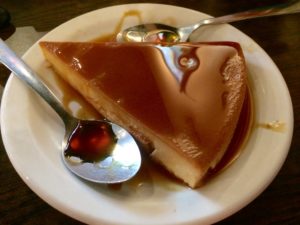 Habana’s Boardwalk: This congenial Cuban restaurant offers an extensive menu from starters like ham croquetas and tamal criollo to desserts that include flan, a vanilla custard, and the milky treat, tres leches. The owners, Erick Urra, originally from Cuba, and his wife, Johanna Ganem, from Columbia, feature classic dishes like Milanesa de carne (thin, breaded steak covered with marinara sauce, ham and melted cheese), masitas (chunks of fried pork with grilled onions) and pescados and mariscos (sautéed steak and shrimp) as well as sandwiches, sides and a selection of Cuban coffee. 2819 Mahan Dr.; 850-391-9111. Open 11 a.m. to 9 p.m. Monday to Thursday, 11 a.m. to 9:30 p.m. Friday and Saturday.

When Chi Chi’s first opened up, I can attest to having been a daily visitor! – Alas, it’s off my regular travel routes these days, but it’s only sheer laziness that doesn’t bring me back. Pastelitos that rival those of the 305! Great place – all it needs is a little “ventanita” for coladas streetside! 🙂

That would be great! I love the vibe, the coffee and the food at Chi Chi’s. Reminds me so much of South Florida!