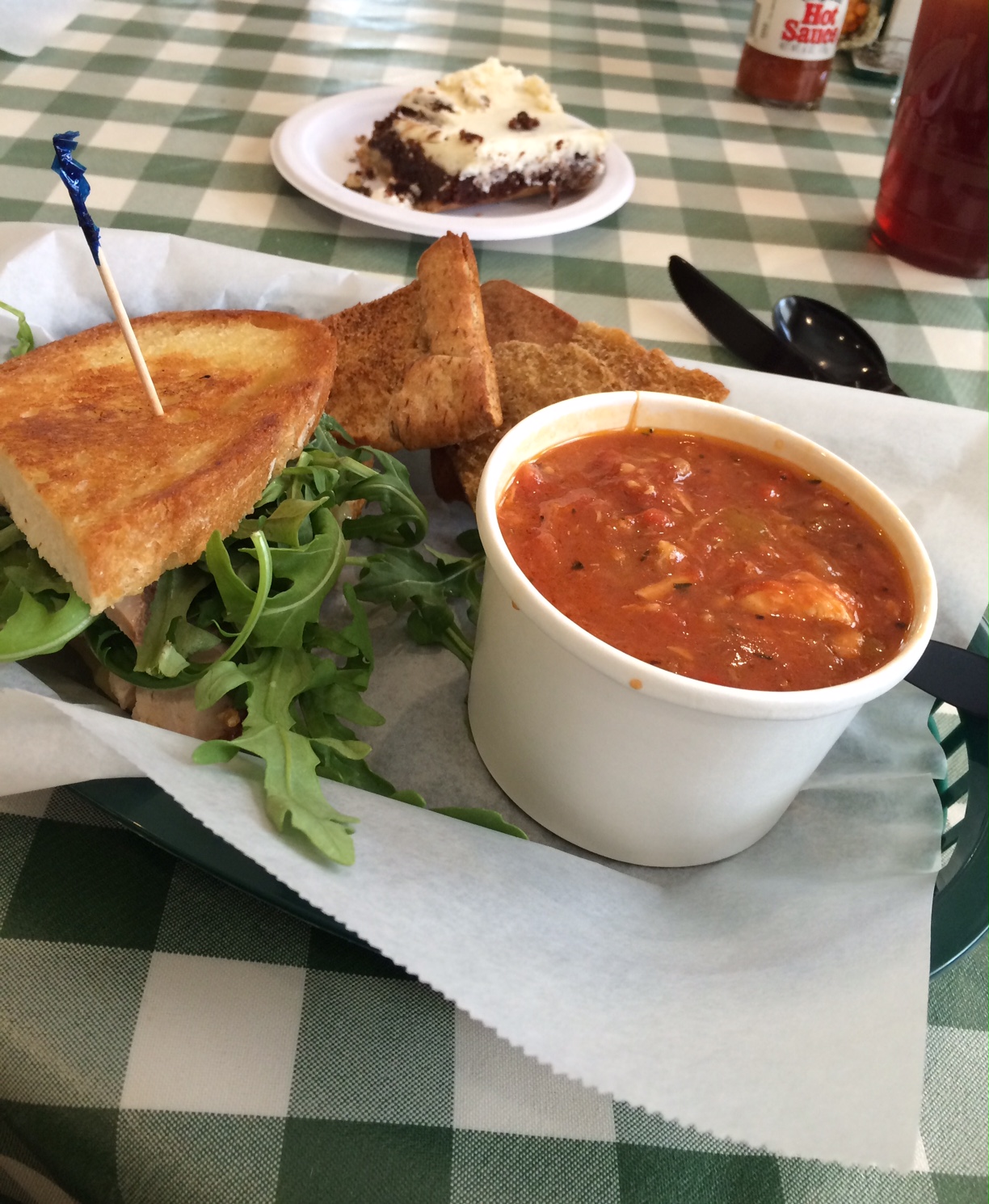 Stop by the Lively Cafe around 11:15 a.m. any weekday and you’ll likely see Leon High students chowing down on hot dogs and peanut butter and jelly sandwiches. An hour later, you might spot a 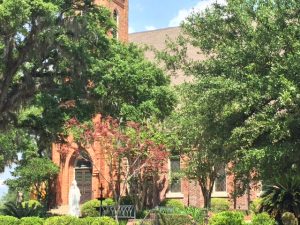 Customers are drawn to the restaurant for its inexpensive, home-cooked fare served by good-hearted people. While the downtown cafe has been quietly serving a growing number of customers for decades, it’s still a surprise to newcomers who don’t expect to find a restaurant tucked inside St. John’s Episcopal Church.

The Lively Cafe is open to the public and while the atmosphere is nurturing, no one is stopping by to preach.

The Rev. Dave Killeen, rector of St. John’s Episcopal Church, said the idea of the cafe is “just a way to serve the wider community. It’s food made with love.”

At the helm of The Lively Cafe is Fran Doxsee, the church’s culinary
director. She and assistant Vivian Leonard are the only two paid 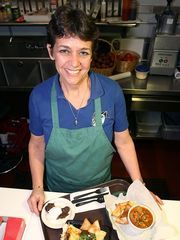 church staffers running the show. More than 30 volunteers do everything else, helping with the food prep, working the cash register, taking orders and cleaning tables. No tipping here but there’s a jar by the pickup window for donations, adding up to $400 to $500 a month, used for church and community outreach.

Doxsee has developed four menus that rotate weekly. Salmon week may sound like it’s a feast of fish, but it refers to the menu printed on salmon-colored paper. There’s also Green Week, Blue Week and Yellow Week. Menus are also available online.

Customers order at a table staffed by a volunteer, then walk over to the kitchen window with a ticket to pick up their food. The process

rarely takes more than five minutes. Some people are here for takeout; others find a spot in the breezy open room, filled with

round tables and picnic-style umbrellas that lend a folksy touch. The church calls it an “indoor sidewalk cafe.” Some diners sit outside in the garden.

“It’s nice to walk in a place with communal tables,” said customer Elizabeth Emmanuel, program coordinator of Leadership Tallahassee, who eats at the cafe at least once a week. 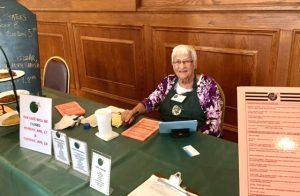 “You might sit with a friend or make one before you leave.”

The place stays busy but the pace is more relaxed than nearby
restaurants, and less packed and noisy.

“You can meet a friend and actually hear one another talk,” said Kiracofe.

The mix of people is another plus, fans said. “It’s so much more interesting than a typical deli,” said Liner, who raves about the soups. “I’m a soup person. Fran makes a scallop chowder that I dream about.”

Doxsee’s repertoire includes classics such as pimento cheese, crab bisque and coconut cake. Specials always feature a vegetarian dish and a panini of the week. She spices up the menu with items like a muffuletta, paella salad and Thai shrimp bisque.

“It is safe to say that many people have come to rely on the cafe as not only a place to find great food, but also a place to unwind, share a laugh or two and then take all of that goodness with them when they leave,” said David Butler, who has been volunteering at the cafe for three years.

Working at the restaurant is also rewarding  for the volunteers. “It’s a fun place to be,” said Edie Goldie, helping out in the kitchen on Tuesdays. Ginny Smoller, who takes menu orders, said “It’s nice meeting people every week.”

Doxsee said she and the volunteers “get to know the regulars. We learn their likes and dislikes, like who doesn’t like mayonnaise or who wants their bread toasted. We all like to be treated like someone who matters.”

Doxsee has been the church’s culinary director since 1999, a year after the cafe opened. In 2006, she helped oversee the renovation of the restaurant, mostly upgrading the kitchen, thanks to a donation from church member Emily Lively, who left money to St. John’s after she died. Doxsee also pushed for the restaurant, named after Lively, to become licensed and inspected rather than just fall under the umbrella of the church.

“We’re not here to make a bunch of money,” she said, so prices are kept low, with most items priced between $4.50 to $7.50. The most expensive item here is a $9.50 vegetarian sandwich that comes with soup and homemade pita chips. Sandwiches include a choice of 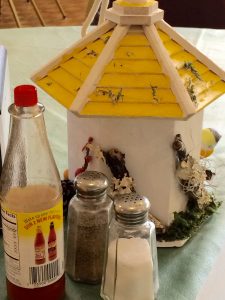 grapes, potato salad, coleslaw, carrots, bean salad, potato chips or pita chips. Hot dogs are $3.50 and peanut butter and jelly sandwiches only $2.50, one reason these are hits with students, who get free drinks on Mondays. All customers can buy a $2 cup and get refills for 50 cents.

“If you think about the example of Jesus in the Bible, he was always eating with people,” Killeen said. “I think Jesus knew that when you sit down and break bread with people, it brings them together powerfully in unity.”

Mom’s the Word for Brunch