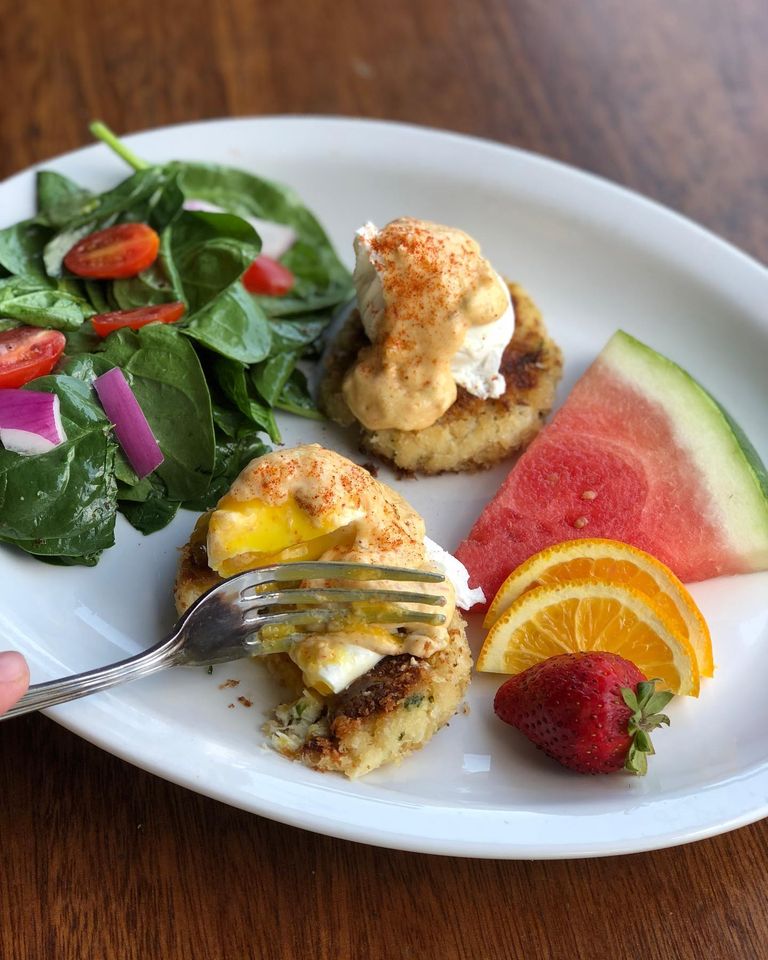 What’s opened, closed in Tallahassee in the past year

The pandemic has been a nightmare for most restaurant owners yet it hasn’t kept many entrepreneurs from following their dreams of being a restaurateur.

While nearly a dozen restaurants have closed in Tallahassee since March 2020 (they don’t all attribute closures to Covid-19), at least 17 new venues have decided to face the challenges and launch a new business.

“No one in their right mind would open a wine bar in the midst of the coronavirus,” said Greg Hajcak, who did exactly that. ”But we were beyond the point of no return.”

He and his business partners opened The Hummingbird Wine Bar in Midtown this summer. Along with a wine bar they have a wine club that now has 130 members. But you don’t have to be a member to eat or drink at the wine bar, which has a large outdoor deck.

“It’s been really scary,” said Greg, a professor of psychology at Florida State University. “We were really lucky that we had a group of people join the wine club early on. We won their trust and if not for that core group, I’m not sure we’d be around.”

Many newcomers have had to forgo grand opening splashes, space out tables, turn to non-contact menus and load up on masks and hand sanitizer. Most restaurants, even upscale establishments, have had to embrace takeout and limit crowds.

The owners of Chuck’s Fish originally planned to open in January but due to the pandemic, work was stalled and the launch delayed till late summer.

“I think the people in Tallahassee must have thought there are idiots opening a restaurant now,” Charles Morgan III said shortly after the restaurant’s opening, but the downtown venue has been attracting clientele for its brunch, dinner and outdoor deck.

“There are definitely challenges,” Max Winger said after opening his restaurant, specializing in Philly cheesesteaks. “I’m doing the best I can to brave the storm and keep it going.”

Here are restaurants and food trucks that have opened since March 2020. If you know of any others, please share.

Bahn Thai Of Tallahassee: The restaurant has opened in its new location in the former home of Pappas Diner at 2531 Apalachee Parkway. The restaurant is open for takeout only at this point (they open at 4 p.m.). Bahn Thai moved from its location at 1319 S. Monroe St. in the spring. 850-224-4765.

Bare Naked Kitchen: The name of this new restaurant refers to its clean, transparent flavors. Yes, everyone is clothed. The venue, formerly Spear It, is a light and breezy space serving a healthful and hearty menu of bowls, lavish breads, cauliflower-crust pies and salads.  609 W. Tennessee St.; 850-250-0045.

Blue Turkey: This hidden gem brings modern, authentic Turkish cuisine to Tallahassee. Dondu Dogru has launched the restaurant with an administrative assist from her husband, Tarik, who teaches in the Dedman College of Hospitality at Florida State University. It’s located at KitchenShare, the incubator food space inside Frenchtown’s Heritage Hub and Farmers’ Market property. For now the restaurant is open only two days a week but they’re looking at adding a brunch menu and hope to eventually move to their own brick and mortar location. 524 N. Martin Luther King Blvd.

Bourne Brilliant: Sisters Lyrica, Zaira and Nadira Leo, aged 13, 12 and 9 respectively (with help from mom) sell their homemade items, including plant-based food, pastries and teas. They have just expanded to a cafe at 242 E. Orange Ave., 850-354-8618 with retail space in the Railroad Square Breezeway Market, 618 McDonnell Dr.; 850-391-8541.  https://www.restaurantji.com/fl/tallahassee/bourne-brilliant-/

Chow Time Grill and Buffet: It’s been a long time coming but the restaurant, Chow Time Buffet and Grill, will be opening its doors for a grand opening Nov. 17 at 1849 Capital Circle NE. The restaurant features all-you-can-eat at a set price. For both lunch and dinner, there are reduced prices for children under 11 and tykes under three eat free. 850-765-2961.

Chuck’s Fish: Fresh, Gulf fish and sushi star at this upmarket downtown restaurant, with a bar and outdoor deck; dinner and brunch available. The Gulf fish comes from the restaurant’s seafood market in Destin. Chuck’s also operates nonprofit food trucks called American Lunch that bring free meals to hard-hit communities in the cities where their restaurants are located. Brunch pictured at top of story; courtesy of Chuck’s. 224 E. College Ave.; 850-597-7506.

Fly-By Phillys: Philly cheesesteaks, Pizza Steak and other variations of the Philadelphia classic, plus fries, are available at Fly-By Phillys. 292 N. Magnolia Dr.; 850-404-9928.

Gilliam Soul Sisters: Yashica and Sheree Gilliam are serving the type of homy, comfort food they grew up with, adding their own special touches at their new soul food restaurant in the former spot of Wells Brothers Bar and Grill. The sisters launched their restaurant on Jan. 28 with the grand opening on Feb. 11. There’s been a lot of anticipation for dishes like oxtails, shrimp and grits, chicken and waffles and other classics. Sisters seats up to 64 customers inside and they have plans to provide outdoor seating. 1710 W. Tharpe St.; 850-597-8639.

Horizons Bar and Grille: The duo behind the operating team of the former Spear It restaurant on Tennessee Street, Mike Smith and Kyle Flowers, has opened this new venue in the Bannerman Crossings shopping center. Horizons will offer some of the dishes that were big hits at Spear It, like their crispy MacBites nuggets, chicken soup and ribeye. The menu features a lineup of salads, soups and starters, handhelds and tacos (including a pimento cheese sandwich and shrimp po’ boy), and entrees like steaks, salmon, shrimp and steaks plus there are desserts, a kids’ menu and Sunday brunch. The bar menu offers wine and regional craft beer from DEEP Brewing Company, Proof Brewing Company and Oyster City Brewing Company. 3427 Bannerman Rd.; 850-329-2371.

Hummingbird Wine Bar: The “name of the game” at the wine bar and club, is broadening and deepening customers’ experience with wine, said co-owner Greg Hajcak. He and fellow sommeliers joke they want it to be a “home for wine nerds.”  They offer wine tastings, a casual menu including cheese boards, paninis and homemade pimento cheese, blind tastings and an outdoor porch where people can eat and sip. It’s open to the public but they also offer a wine club with member perks and wine deals. 1216 N. Monroe St.; 850-296-2766.

Kami Poke and Korean Kitchen: This casual spot features an extensive menu of Korean favorites like beef bulgogi, bibimbap (rice with beef, veggies and a fried egg) and japchae (glass noodles) as well as sushi and poké bowls. Currently takeout only. 1779 Apalachee Pkwy.; 850-765-8272.

Lovett’s Burgers, Chicken & Fries: Gabriel Lovet, who attended Florida A&M University, launched his space in the Governor’s Square mall on May 1, 2021. Aside from being local, Gabriel, 25, is the only Black-owned restaurant in the food court. Right next to Cinnabon and surrounded by chains, Lovett’s specializes in chicken wings, chicken tenders, burgers and fries, which he calls sidekicks. Only the fries have been frozen, he said. Housemade sauces give customers more options, adding a special taste to each item. You can also get combos like the “Doo Wop That thing,” with burger, chicken tenders and fries. Governor’s Square mall, 1500 Apalachee Pkwy.; 850-877-8107.

Munchies Pizza: Eric Riser was building up his Munchies Pizza restaurant when shutdowns occurred due to Covid-19 but his business exploded when he started offering deep-dish Chicago pizza that’s nearly two inches high. He opened a second location this summer at 2475 Apalachee Pkwy.;  850-895-9337. The original site, Munchies Pizza Campus, is at 695 W. Virginia St.; 850-759-0660.

Pineappetit: Sam Burgess launched his food truck, Pineappetit, in 2018 and he recently took the next step: serving his popular island-inspired cuisine will be available in a brick-and-mortar business. He’s probably best known for his pineapple bowls, which are actually served in a fresh pineapple, but he also offers Rasta Pasta, penne noodle pasta tossed in his signature jerk Alfredo sauce, sautéed bell peppers and onions with your choice of protein (chicken, salmon, shrimp or lobster tail) and chicken wings. 2037 W. Pensacola St.; 850-454-5404. Read more at tallahasseetable.com/a-new-brick-and-mortar-business-for-pineappetit/

Just want to say goodbye to the restaurants that have closed since March. While many restaurants were impacted by the virus some closings were reportedly not Covid-related, or at least not the main cause.