written by Tallahassee Table May 6, 2016 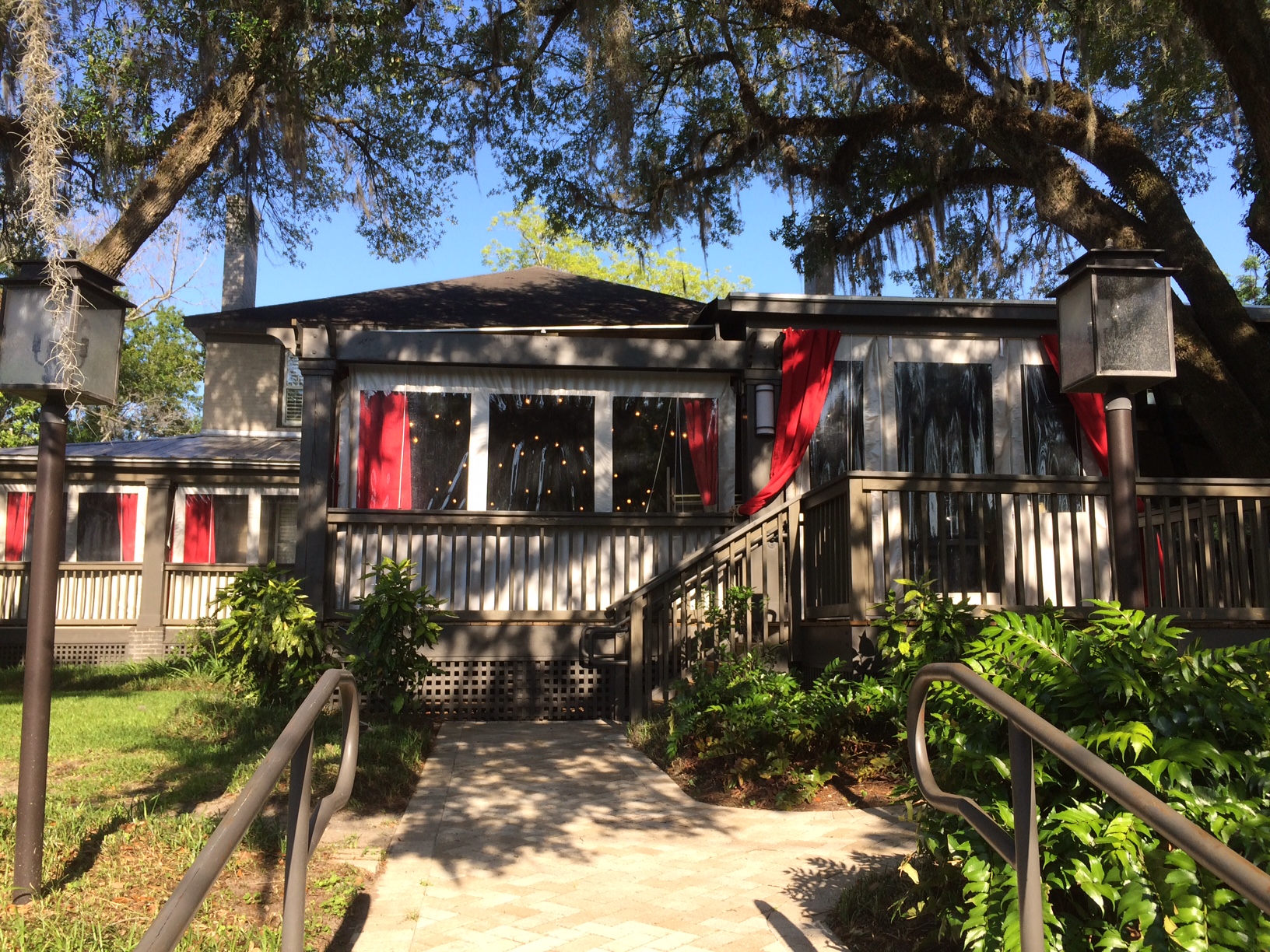 Cherry-red curtains have been hung and delicate chandeliers are aglow. Finally, there’s life at the former Front Porch, which has been vacant since last summer. 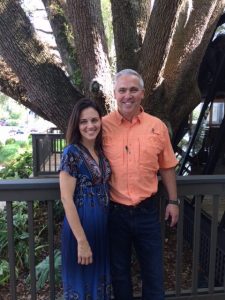 Mandy and Joe Lemons, owners of the new Table 23. The restaurant is to open in June in the old Front Porch location.

I’m sure that, like me, a good many folks have sadly passed the deserted restaurant, wondering when someone would eventually take over this iconic building.

New owners Mandy and Joe Lemons have tentatively set June 20 as the opening date for their new Table 23.

Sitting in the future main dining room, surrounded by boxes, boards and busy workmen, the couple took a break last week to talk about their vision for this latest incarnation of the Carroll House, which was built in 1924. It’s just my first impression, but I left feeling that if anyone could make this work it would be the Lemons.

They have years of experience in the restaurant business, have hired good people, understand the business and creative sides and are putting their heart and soul into making Table 23 work, with the simple premise: Southern Porch, Table and Bar. Plus they have five children. That takes commitment!

.For starters, here are some things you’ll want to know: 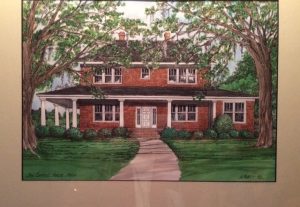 The couple believes their corporate background is a prime asset in launching this local venture.

Joe, 47, has 23 years’ experience working for Bloomin’ Brands Inc., which owns successful chains including Outback Steakhouse, Bonefish Grill and Carrabba’s Italian Grill. Say what you will about mega restaurant corporations, they do provide a great deal of experience and training, Joe said.

“I’m very money savvy, very conscious of budgets and expenses and staying profitable,” said Lemons, who was managing partner at Bonefish in Tallahassee.

Joe said he’ll be handling the business side and let his two chefs tackle the creativity. Still, expect the Lemons to be on premises. It won’t be an absentee ownership.

“I think most people want to be their own boss, taking the skills you’ve learned and applying them for yourself,” Joe said. “I never wanted to do anything but work in restaurants.

“My mom and grandmother were really good cooks and I learned from them,” he said. “I used to get cooking equipment and cookbooks for Christmas.”

When the Front Porch became vacant, the Lemons knew they had found their dream spot.

“I love this building,” Mandy said.

“For eight years, this has been something we’ve really been working on and thinking about,” Mandy said. “But the timing was never right.

“This one already has what we need — parking, a great location, a lot of history and it’s in really good shape,” Mandy said. “This is a place that people want to come to.”

She should know. Mandy grew up in Tallahassee and remembers the place as the former Chez Pierre. The couple met at the Outback Steakhouse, which Joe opened in Tallahassee. He was the manager and Mandy was a waitress. They were married three years later and their five children are ages 4 to 15.

If you’re wondering about the name, Table 23, the number has a lot of significance for the Lemons. They have two girls and three boys — 23, get it? Joe was 23 when he went to work for Bloomin’ Brands and worked for them 23 years. Mandy was 23 when the couple married. Psalm 23 (The Lord is my shepherd) is the favorite of Mandy’s and both their grandmothers.

While there’s a lot to do, the restaurant is in good shape despite being closed a year, the Lemons said. The Front Porch closed last May, reportedly after a fire. A Tallahassee Democrat article stated that a malfunctioning butane burner activated a sprinkler head.

Joe said employees weren’t able to turn off the sprinkler and the place sustained water damage. It never reopened.

Most work being done is sprucing up, making some changes like adding metal to the outdoor tables. The biggest job is redoing the kitchen and replacing all the equipment.

As for the menu, the Lemons said they aim to be “locally relevant” when possible, which means “if we can pull in something for that season for a week of specials we will.”

But they’re not attempting a farm-to-table concept. “One, it’s expensive, hard to execute at a high-volume restaurant and a lot of people claim they’re doing it when they’re not,” Joe said. (See the excellent exposé by Tampa Bay Times Laura Riley.)

One of their prime goals is to make Table 23 feel “hospitable.”

“We don’t want to become a special occasion restaurant people visit once a year,” Mandy said. “We want our customers to keep coming back. From the second someone walks in the door we want their experience to be amazing.”

Best wishes Mandy and Joe! The Carroll family will be happy to see what you are dong with this beautiful home! Can’t wait to
Dine at Table 23!

As a former manager of Chez Pierre it would be great to see the hospitality and the food revived in this old house. I have many memories from my years there and it just hasn’t been the same since Chez. It sounds like the Lemons are actually going to bring life back to the place. Super excited to come and eat

Wow, I’ll be interested to get your take on Table 23. I know that Chez Pierre was loved. Thanks for reading!

Mandy and Joe,
So happy for you guys!! Love the meaning behind the name. We are certain it will be amazing! Can’t wait to dine at Table 23.

I wish I lived closer to try Table 23. What a great story and sounds to be a great place to keep going back to. Best Wishes.

Thank you so much! Thanks for reading.

Sure have wonderful memories from Chez Pierre-and happy to know that there are many more to come thanks to this new restaurant! Can’t wait to try the Front Porch on my next visit !

We look forward to enjoying your efforts. We hope that the HVAC issues are cured. We nearly froze during our final visit to the Front Porch. In fact we joked that the butane fire was an attempt to stay warm.

I was wondering when going by the other day when you were going to open and who the owners were; great piece of information provided in this expose. Thank you so much!

Hi Jim,
Table 23 should be opening in a few weeks but I’ll check and let you know.

I am so excited to have you guys and wish you many year’s of success. I was a waiter at Chez for years and just loved it. To serve with love is tge key. Blessings, and I can’t wait to come visit and try it out.

So far so good. We love the history of the house and our waiter Jimmy is very informative. We will be back.