Restaurant owner has a sweet mission 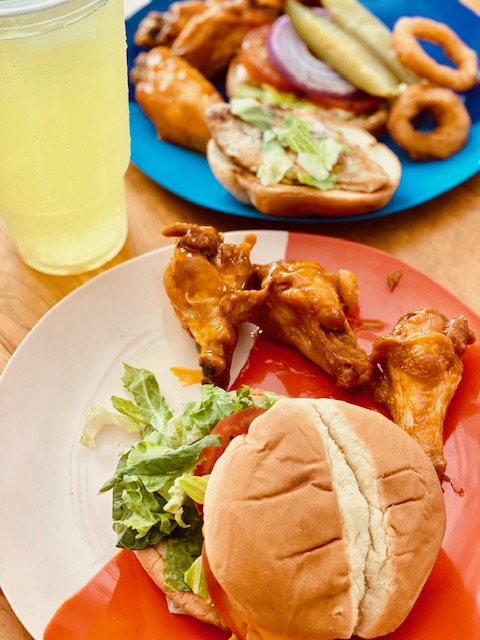 Owner of Oh’ Lemonade aims to help others

Dwyane Ash, a veteran of the U.S. Marine Corps., a  businessman, and humanitarian, has weathered the challenges caused by the pandemic while operating a small eatery in the Breezeway Market in the Railroad Square Art District.

You might say that life handed Ash lemons, and he, indeed, turned them into lemonade. But not just any lemonade. Really delicious lemonade and not just one flavor. There are nine, infused with fresh fruit, and available at his year-old restaurant, Oh’ Lemonade.

Now to celebrate the anniversary of his first brick-and-mortar location, Ash has decided to do something special. While his business is still recovering from the hardships caused by Covid-19, he’s partnering with the Community of Hope AME Zion Church, and giving away 300 pre-bagged lunches for free from noon to 6 p.m. on Nov. 1 at Oh’ Lemonade.

“We want to take any opportunity to give back,”said Ash, a father of seven.

It’s not the first time he’s donated his time and effort to help others.

After Hurricane Michael, Ash teamed up with lawyer Anabelle Dias and went to Gadsden County to give away food and lemonade.

He has also donated more than 100 gallons of lemonade to the Kearney Center in Tallahassee, the emergency shelter for the homeless.

He also does a lot of volunteer work, making props for performances, to help Inspiration Dance Company founded by Markeshia Harvey. Two of Ash’s daughters, and a niece who is now in his custody, study and perform with the company.

All his volunteerism is aside from spending long hours cooking and running his business in Railroad Sqare.

“Before Covid, we were on an upward trajectory,” said Ash. “Things were just starting to look good.”

The virus took a toll, but Ash did what he could, adding safety precautions like sneeze guards, QR readerless menus and curbside pickup.

“Things are definitely getting better,” he said.

Ash and his family used to sell a lot of lemonade at festivals and events but that business has dried up, for now.

Ash was actually at a festival when he decided to make his own lemonade. “It wasn’t very good so I said to my fiance, ‘I can do better.’ ”

And he did.  He and fiance Abigail Jackson started operating a lemonade stand in 2012 and last year he opened his restaurant in a nook in the Breezeway Market in Railroad Square.

“My daughter, Olivia, was just born so we named it after her — Oh’ Lemonade,” said Ash, who took a break to talk while cooking up burgers and wings at the restaurant.

All the items on the restaurant’s menu are under $10, and that includes a good-size juicy burger, grilled or fried chicken on a bun, wings with a range of delectable sauces, among other items. The star is still his delicious lemonade — the original or try Blueberry Bliss, Pineapple Mango Mash , Cherry Limeade. Strawberry Sunrise or Tropical Paradise, as well as Tropical Tea.

But giving back, being a “decent human being” is still what counts most to Ash.

We wish him lots of sweet success.

Get a schmear, a sandwich and lots more at Original Bagel Bagel