Olean’s: Food for the Soul 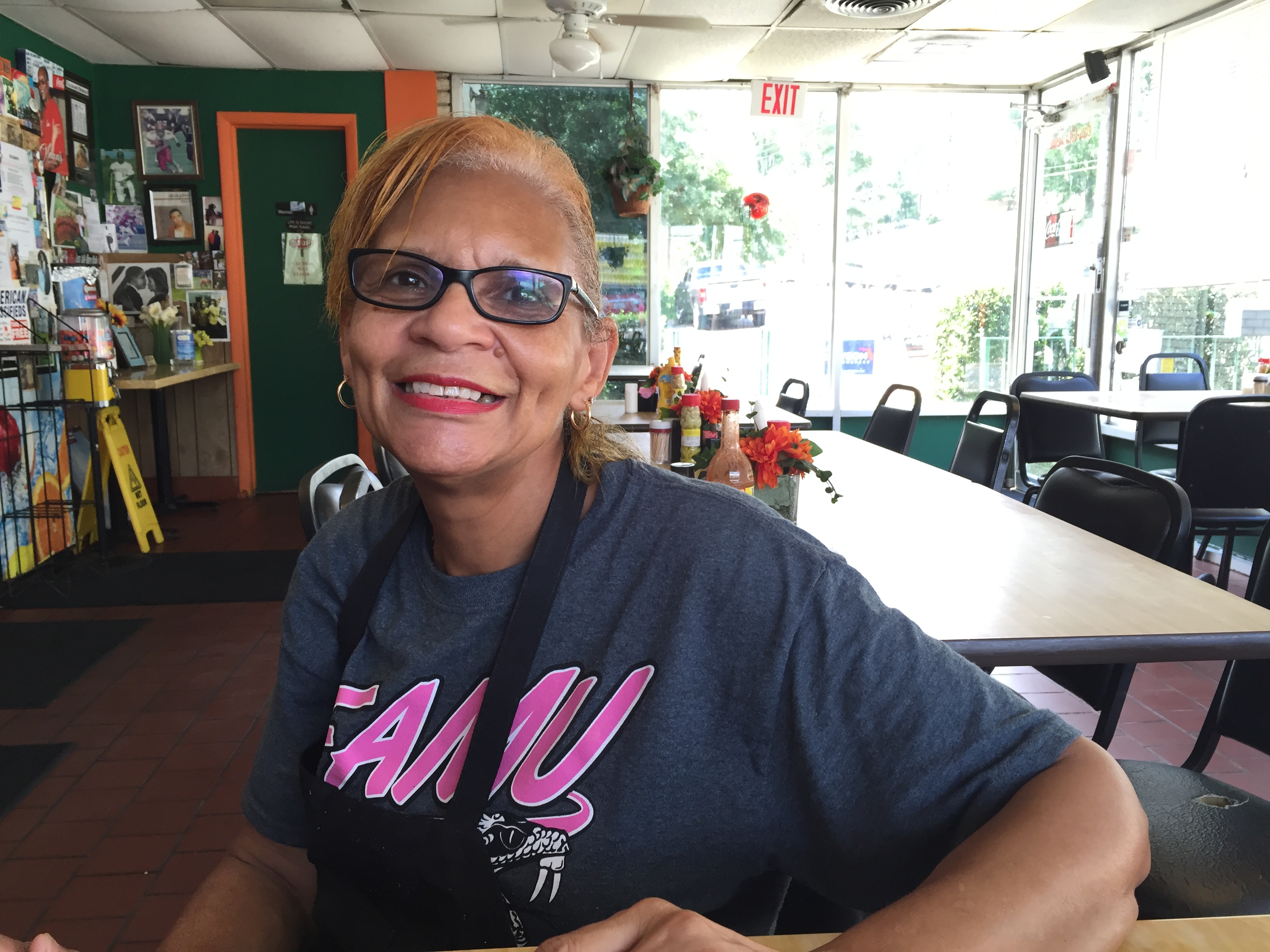 Olean’s Café is down-home soul food, with a dash of politics and a heaping helping of Jesus to a backdrop of gospel music, right across the street from the FAMU campus. 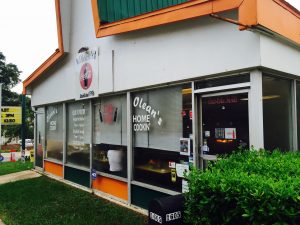 while they’re here,” said Olean McCaskill, owner and operator of this dining institution for nearly 21 years.

It helps to also have an empty stomach when you go; this is not dainty dining.

Our smothered pork chop was rich and tender. The mashed potatoes with gravy were soft and savory. The green beans were swimming in pot liquor and the cornbread muffin sopped up every 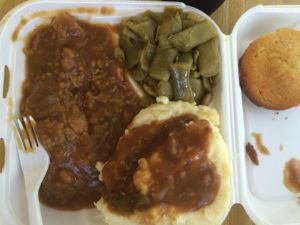 Other choices: Smothered steak, oxtail, BBQ chicken, fried chicken and catfish. Sides of black-eyed peas, mac and cheese, greens… you get the idea. This food sticks to your ribs — and to your waistline if you’re not careful.

Total bill for a smothered chop lunch, including drink and taxes: $10.43. And it would have fed two. Nothing about this place is cheap, but it is inexpensive; all entrees are under $10.

For breakfast with the husband we spent only $21.50 for fried 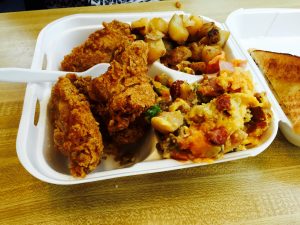 chicken with homefries and a slab of Olean’s Omlette and a pork chop (yep, another pork chop) with grits. And we both got toast.

Originally from Conecuh County, Alabama, Olean used to closely watch her mom and grandmama as they prepared meals.

Olean’s family moved to Tallahassee when she was 12. By age 14, she was working in restaurants, where she paid close attention to the cooks, too. Soon, she was cooking on her own, with her own
seasonings, her own style.

“I was quick to catch on,” she said. “It’s just something I’ve always had a passion for doing. Food and fixing food is an art.”

For two decades, she’s been an artist of this classic fare in 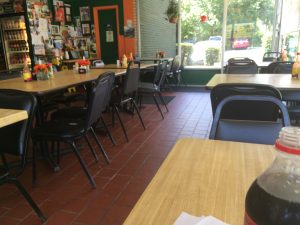 Tallahassee, starting with her cafe in the state Department of Revenue. In 1997, she opened in her current place, a building that originally was a part of Mahalia Jackson’s fried chicken franchise.

Olean’s history, and the community’s, adorns the walls here — photos of FAMU sports stars, her friends and family, a plentitude of 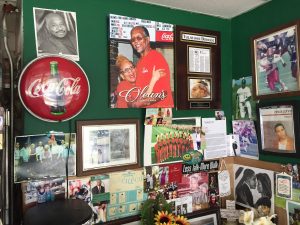 The Obama Breakfast, a feast of grits, eggs, pancakes, bacon, sausage and toast, was an idea born during the 2008 election year. It was contrasted with a minimalist McCain Meal of eggs, grits and toast. Obviously, people chose the Obama meal, Olean said. The McCain dish has long since disappeared.

Vice President Joe Biden, who recently took time out from a 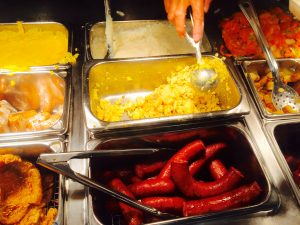 campaign swing to stop by for some of Olean’s cooking and glad-handing, wondered when Olean would name an entree for him.

“It’ll be a lunch special,” Olean said. “It’s fried chicken, black-eyed peas, mac and cheese – just what he got.”

Olean loves to cook, and talk about food, but the ingredients in her Jesus Passion Juice are a secret.

“When people ask, I say, ‘What is Jesus to you?’ It’s compassion and it’s new every morning.” And that’s all the explanation you’ll get. And isn’t that all you really need?

You should go to Olean’s café. For the food, but also for Olean McCaskill. The check she gave us was signed: “God Bless, Mrs. O.” And then she gave us a hug.

“I love to make people happy,” she said. “You’re all my children.”