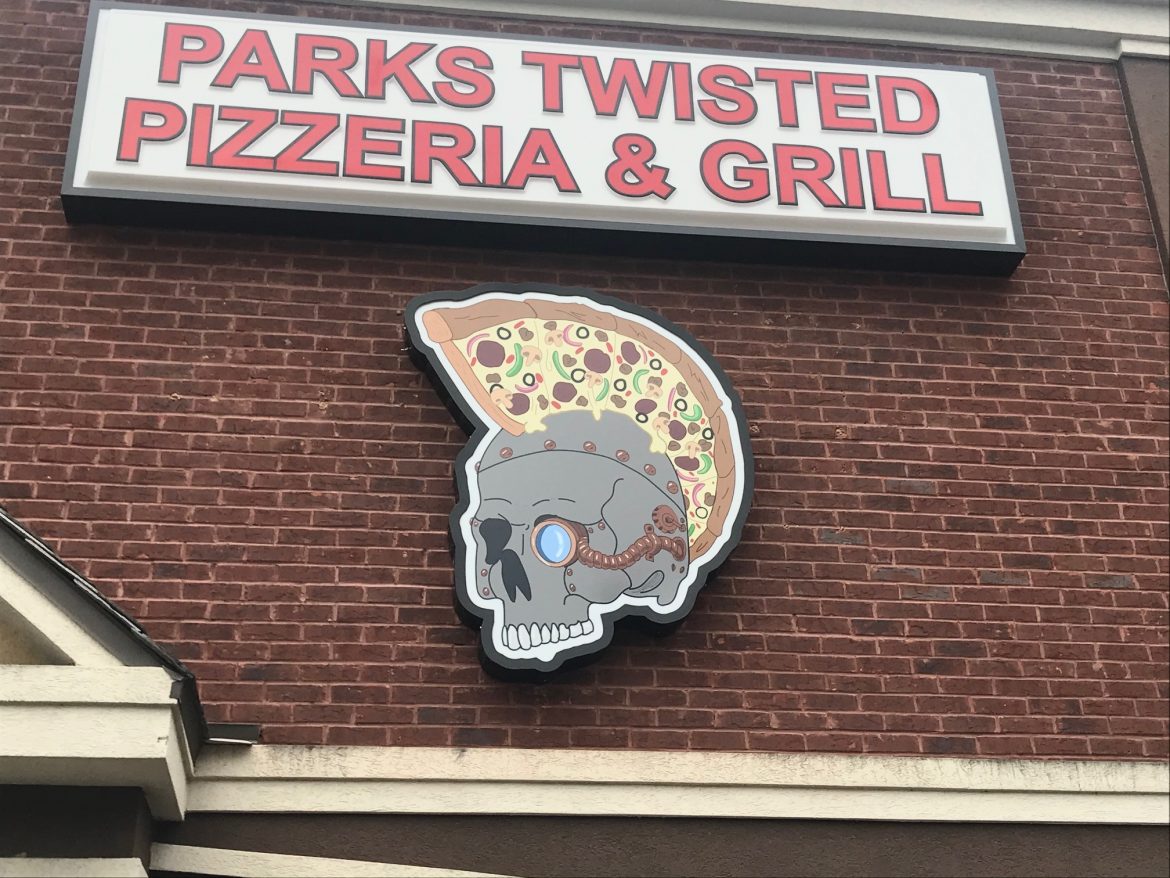 So here’s good and bad news for fans of Park’s Pizza Kitchen on Monroe Street in Midtown. The bad news: The Midtown location has closed. The good news: Owner Josh Park is opening a new restaurant called Park’s Twisted Pizzeria and Grill by the spring at 2819 Mahan Dr. in the former home of Da Khyber Grill –that’s the shopping center with Habana’s Boardwalk, New Orleans Seafood and Wok N Roll Tally.

The new place will expand on Park’s current menu of pizza, salad and calzones by adding steaks, wings, more appetizers and deep-dish pizza as well as the New York-style pies Josh currently serves.

The “twisted” part in the restaurant’s name, Josh said, refers to the twisted gears on display as part of the venue’s steampunk decor, which sounds pretty cool. It will feature rustic accents and metal works. One side of the restaurant will be all brick. The new sign, made by Josh’s sister, Allison, is now up at the new location showing a skull imposed on a pizza.

Josh is a former car and boat mechanic who decided to go into the pizza business and went to the Big Apple to learn the techniques of New York City-style pizza.

I visited his current location at 1216 N. Monroe St. thanks to a recommendation by Alix Kalfin, who is a fan of the Mexican pizza with a black bean spread.

When my husband and I visited, we were in the mood for a more basic Margherita with ricotta, a flavorful tomato sauce, grape tomatoes and slivers of basil on a thin, crisp crust. For a heartier dish, dive into the meat calzone stuffed with pepperoni, sausage and mozzarella and tomato sauce for dipping. We took half of it home. There’s also a veggie version.

Sorry to see Park’s Pizza leave Midtown but the new location, with an expanded menu and unique decor, sounds intriguing. Will keep you posted!