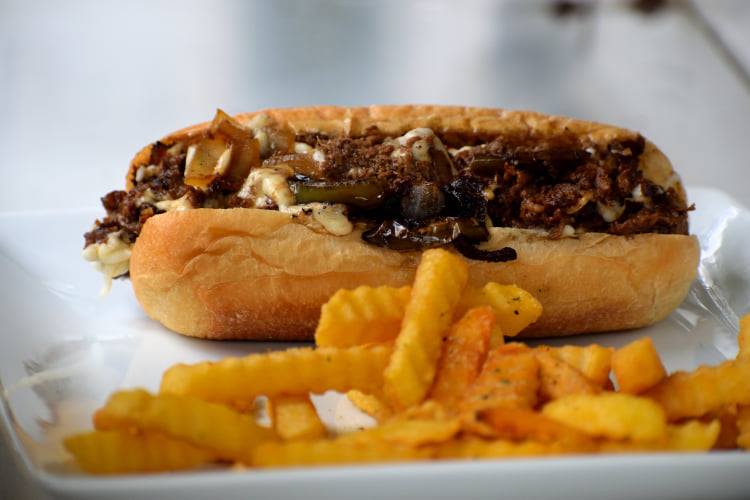 This is an article I wrote for Influence magazine Summer 2020 edition.

During the past decade, Debbie Guy has fashioned four food truck concepts to operate in the St. Petersburg and Tampa Bay area. There’s the Hoke Poke, The Fishin’ Chicken Food Truck, The Dude and His Food and Dochos Latin Bistro.

“I like the flexibility,” she said. “If I feel like doing something special today, I can. It’s quality food that’s fast, not fast food.”

For Guy, the food truck biz is undoubtedly a passion.

“There are women who collect shoes,” she said. “I collect food trucks.”

But the coronavirus pandemic has thrown Guy and other food truck operators a curve.

“We’re surviving but I’m not sure what will happen if there’s a relapse in the fall,” said Guy.

The sudden loss of business from closures of office and government buildings and the cancellations of festivals, parties and sporting events have had a devastating impact on many food truck operators.

“We used to go to big events where we’d serve thousands,” said Anthony Garcia, owner of Miami-based King of Racks BBQ Food Truck & Catering, which worked primarily in the artsy Wynwood area. “We cater events and weddings and we had to give back thousands of dollars in deposits for May, June and July.”

Another disadvantage for food trucks — they’re generally owned by a solo operator or they’re a ma and pa business without a lot of financial wiggle room. They also have to cover operating costs including the price of propane regardless of how many sales they make. Food truck owners will tell you they operate on a slim profit margin.

“When this first happened, I thought ‘oh my God,’ how are we going to do this,’” said Erick Moody, who owns Mae’s Mobile Kitchen in Tallahassee with his wife, Pam. “I sat down, thought about it and prayed.” (Top photo of Erick’s cheesesteak)

Moody decided to “think outside the box” and, for one thing, partnered with City Walk Urban Mission and served about 3,500 meals to the homeless. He also began doing online orders and deliveries.

“It’s about adapting and changing what you have to do,” said Moody, who offers a range of dishes including burgers, cheesesteaks, a vegan cheesesteak (made with jackfruit) and homey platters like smothered pork chops and meatloaf. “You have to be creative and innovative.”

In Atlantic Beach near Jacksonville, food truck operators are getting a boost from an innovative program, the Socially Distant Food Truck Roundup, set up in a space named The Cultural Corridor.

The roundup takes place every Saturday and features eight food trucks, which rotate to offer more trucks the opportunity to be there.

The concept was launched by Jeff Klotz, CEO of the Klotz Group of Companies, which owns the property, and Shane Corbin, City Manager of Atlantic Beach.

“We had a lot of property and the chance to do something really good,” said Amanda Trotenberg, director of marketing and communication for the Klotz Group.

With 60,000 square feet of open festival space, it seemed like the perfect place to be able to space out food trucks, which are 10 feet apart, she said.

“For a while we’ve envisioned bringing food, dining, nightlife and entertainment to the space,” Klotz said. “Our efforts pivoted due to the current circumstances, but we knew we had the capacity to safely accommodate the community. We get the opportunity to support local small businesses that may be hurting otherwise.”

The space also features a few artists — “they’re struggling, too,” said Trotenberg — and a kids’ area with games like hopscotch and Hula-Hoop.

“One food truck owner told me she had made more in one day than she had since March,” Trotenberg said.

Another participant, Logan Tysinger, said the Cultural Corridor has been a big help for his food truck, Balu’s Surf Shack.

When shutdowns first occurred because of the coronavirus, “I almost lost everything,” Tysinger said. “Then food trucks were considered essential. Now the community has really been supporting us.”

Miami’s Ms. Cheezious started out as a food truck but it became so popular that the owners opened up a small restaurant on Biscayne Boulevard while keeping their mobile kitchen for catering and events.

When the coronavirus hit, like so many trucks, “we had to cancel essentially every catering event we had booked through the summer,” said Brian Mullins, co-owner of Ms. Cheezious, which caters weddings, birthdays and visits large office buildings.

The devastating impact of the virus on the food truck and restaurant business “shows how fragile this sector of the economy is,” he said.

To help reach more people, Tysinger has started using an app called FoodTruck.pub which allows the public to preorder food and pay for it online. The food will then be ready at the food truck window for pickup.

“Delivery services can charge 30 percent,” said Tysinger. “But using this app, there’s no fee for food trucks and the customer only pays a $1 fee.”

The service has taken off since the virus hit,” said founder John Kuhn. “It allows for contactless transactions. People preorder, pay and they can pick up the food at the window or the truck can arrange for delivery.”

Many trucks have begun circulating in residential neighborhoods to compensate for the loss of serving offices.

“A lot of people are working with homeowners associations,” Guy said.

Justo Cruz is taking that a step further.

The way it works: The Tipsy Truck team picks a neighborhood, residents preorder and the truck brings items like mac ‘n cheese and sausage, Crowler cocktails and booze slushies right to customers.

“It’s been phenomenal,” Cruz said. “The new normal may be food trucks cooking in your driveway.”

For Tysinger, the food truck business has its challenges but he still likes the freedom.

La Tiendita: a taste of Mexico and Brazil in Tallahassee