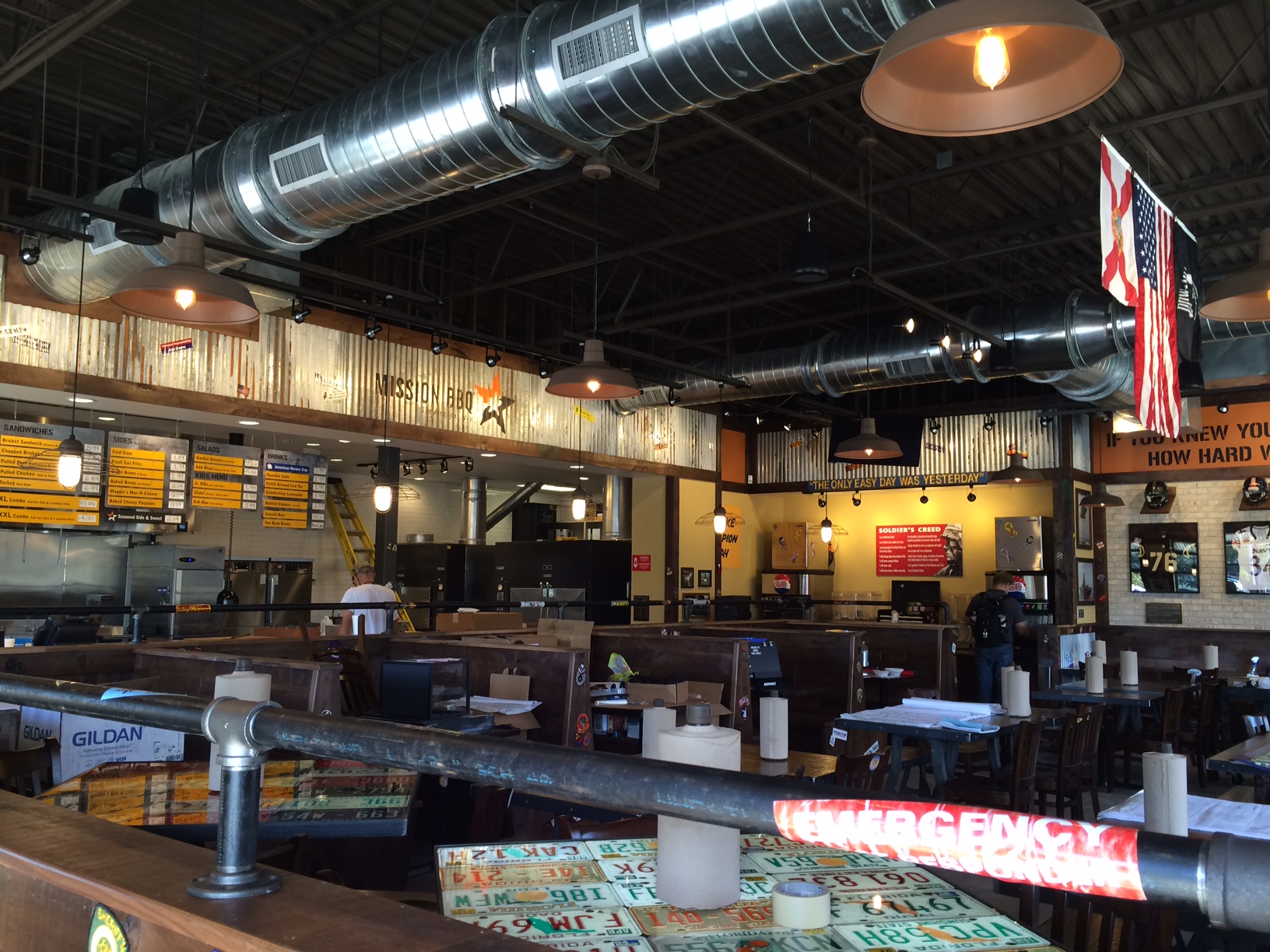 Fall has arrived but Tallahassee’s dining scene is still hot. Since Sept. 1, at least seven restaurants have opened and more are on the way. Fortunately, this is a city hungry for new places to try.

Tacos spice up November with the opening of two new venues: El Cocinero Tacos & Tequila in the former Up in Smoke space on Tennessee Street, and Taco Bout It on Gaines Street.  Saki Sushi in Midtown is being converted to  Izzy Pub / Sushi Bar, offering  Asian-inspired small plates as well as sushi in late November/early December.

Other new arrivals in late 2016 or early 2017 include Asian spots (Dao, in Bannerman Crossings,  and Lemongrass, in the Centre of Tallahassee) and a sports bar (Dick’s Wings, in Bannerman). And, some old favorites (The Egg,  Lofty Pursuits and Village Inn) are branching out or on the move.

Bento Cafe: The casual Asian restaurant opened its ninth Florida location, near the Florida State University campus, on Oct. 11. The chain, which started in Gainesville in 2002, is known for its combinations or Bento boxes, build-your-own poké bowls (with chopped items), sushi, rice bowls, noodle dishes and boba teas. Pretty much everything is under $11.
1606 W Tennessee St.
850-765-3991

Blu Halo: The swanky new restaurant opened Sept. 22 in Bannerman Crossings, bringing an upmarket venue to the northern burbs of Tallahassee. The menu offers high-roller items like a $98 bone-in ribeye (for two) and a $200 martini, but there are more affordable entrees priced under $25. The restaurant features brunch on Saturday and Sunday, patio seating and a private room.
3431 Bannerman Rd.
850-792-7884 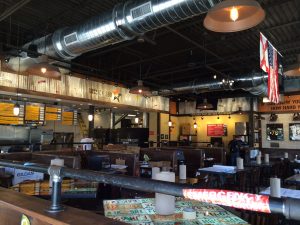 Mission BBQ: The 37th location of this Baltimore-based barbecue joint, which opened Oct. 24, is the latest food spot at Magnolia Grove, offering brisket, pulled pork, smoked salmon, ribs and the usual ‘fixins.’ The name of the chain, which opened its first location on Sept. 11, 2011, relates to its support of the military and law enforcement through tributes and special events.
216 S. Magnolia Dr.
850-702-3513 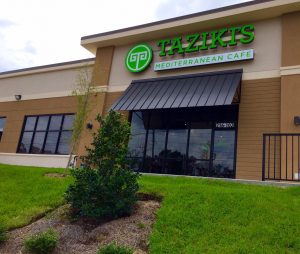 Taziki’s Mediterranean Cafe: This local link in the Birmingham-based chain opened Oct. 4 in Magnolia Grove. The chain, with 60 restaurants, boasts “no fryers or freezers or microwaves” to prepare its menu of gyros, hummus, grilled vegetable plates and salads along with other Greek/Mediterranean dishes. But you’ll also find a pimento cheese sandwich.
216 S. Magnolia Dr.
850-329-6056

Tequila Tribe: In the former site of the now-closed 101 Restaurant, the new eatery serves guacamole made tableside, main dishes like rib-eye with chimichurri sauce and rice bowls, along with typical Mexican-style fare. The restaurant, which opened Sept. 27, is a joint venture with El Jalisco, a group of Mexican restaurants, and Adam Corey and Ryan Grindler, the pair behind The Edison and the 101.
Kleman Plaza, 215 W. College Ave.
850-391-5204 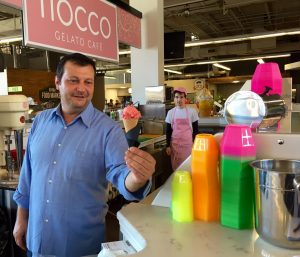 The Urban Food Market: The stars of the new Urban Food Market at Centre of Tallahassee are five Italian chefs and a sommelier, longtime friends who share their expertise in one urban market. The market, still evolving, offers fine-dining at +Trentanove (+39, the country phone code for Italy) plus the Digia pasta bar, Fiocco gelato cafe, Iolo Pizza, Becher Meat & Provisions, a wine and beer shop and wine bar, a sandwich counter and a rotisserie.
Centre of Tallahassee, 2415 N. Market St.
850-895-1328 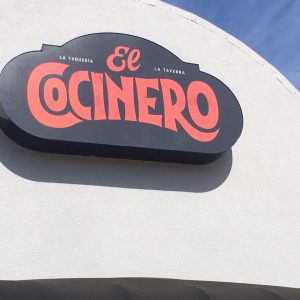 El Cocinero Tacos & Tequila: Jesse Edmunds, chef/owner of Liberty Bar & Restaurant, will be opening this new venture with a straightforward menu of tacos and tequila (plus other spirits). The place will have seating for 150 plus a small bar.  Edmunds said he’s not aiming for authentic Mexican food, but he’ll use authentic techniques to prepare his street fare, with an emphasis on local ingredients. The chef will use dried corn from Tallahassee’s Bumpy Road Farm for its homemade tortillas. A soft opening is planned for early November.
402 E Tennessee St.

Taco Bout It: This spot will focus on four types of gluten-free tacos: pork, pulled chicken, rib-eye and a vegetable/vegan choice with a mix of mushrooms. The emphasis is to be on simple and fresh, with minimal toppings, said chef and general manager C.J. Reilly, most recently chef at Wine Loft and Christoff’s. Customers will initially get their tacos from a pass-through window, with the dining room coming later. It’s expected to open in late November.
507 W. Gaines St.

Izzy:  Sushi chef Xinzheng “Alex” Fang is converting his restaurant Saki Sushi to Izzy, a pub and sushi bar, working with new partners, Viet and Nam Vu. The brothers, who attended Leon County High School and Florida State University, co-own Taco Republik (with a silent partner), located across the street. Izzy shares a patio with the new indie bookstore, Midtown Reader. Viet Vu said he and his brother, also owners of the MoBi food truck, will be offering a pub menu of Japanese-inspired snacks like (chicken) yakitori and pork belly skewers, bratwurst pot stickers and rice bowls among other small plates. Fang will run the sushi bar, which will include a tasting menu and some novel ideas, Vu said.Plans are for a soft opening at the end of November with a regular opening in early December.
1123 Thomasville Rd.

Lemongrass: The sign is in the window but it could be 2017 before this locally owned Vietnamese and sushi restaurant opens at the Centre of Tallahassee.

Dao, an upscale space from the same owners of Azu, is expected to open in March at Bannerman Crossings. It will become the largest restaurant in the new shopping center. Also coming to the same shopping center: Dick’s Wings, a family sports bar setting, an Italian restaurant (name to come) and a Subway, to open by January.
6668 Thomasville Rd.

The Egg Cafe & Eatery: The breakfast and lunch restaurant, at 3740 Austin Davis Ave., is opening a downtown branch in the Plaza Tower in Kleman Plaza in spring 2017. The Egg also operates a small cafe in the Museum of Florida History but the downtown expansion will feature the same menu as the original location.
The new branch will be at 300 S. Duval St.

Lofty Pursuits: The ice cream shop has moved across the street (to the former Morelia’s and Shogun site) and is now offering traditional breakfast items in addition to its dessert menu.
1355 Market St.
850-521-0091

Village Inn:  The new branch of the family restaurant, which is open for breakfast, lunch and dinner, is now open in the Magnolia Grove Development. Village Inn closed its Apalachee Parkway site but still operates its  location at 3392 Lonnbladh Rd.onnbladh Road near Raymond Diehl Road and Interstate 10,
1225 Park Avenue East
850-877-8471

A Food and Wine Classic

Are y’all EVER going to start construction in Tallahassee?

Which place are you talking about?