written by Tallahassee Table May 4, 2019 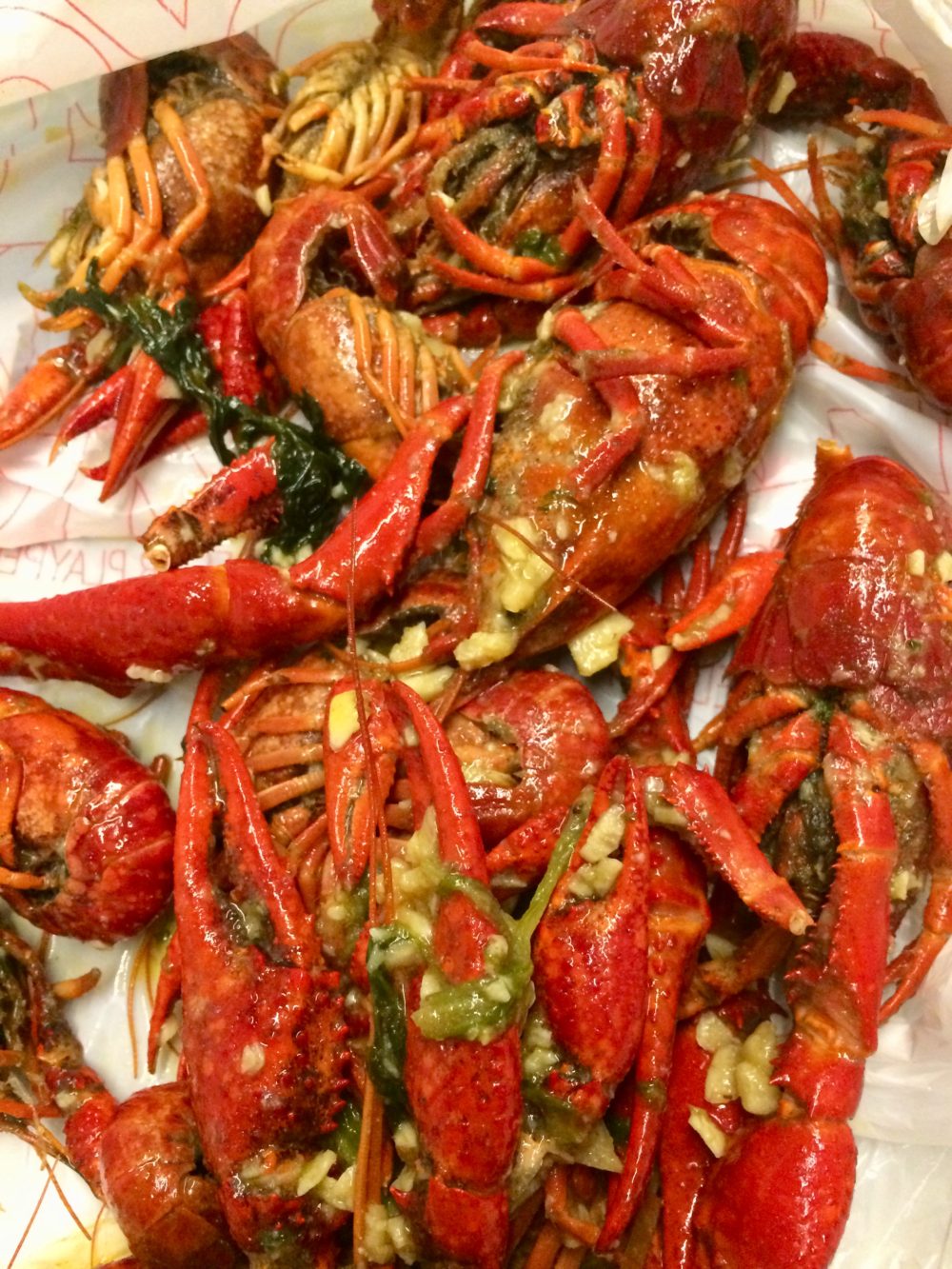 New Orleans Seafood is a tiny spot but it’s already drawing a big crowd — for good reasons. My husband and I were impressed and we weren’t the only ones.

We had just walked in the door when one customer told us this was his fourth visit since the place opened its doors on April 26. He raved about the chicken gumbo and red beans and rice and he was right. They were both a taste of the Big Easy. The real deal.

One woman came in to pick up a large order of boiled crawfish. We could see some of the mud bugs peeking out of the trays and they looked great.

We came back and tried the crawfish. They were as good as they looked, and these are fresh, delivered alive from New Orleans. You can taste the difference. My husband practically gobbled the whole pound. The crawfish are cooked Vietnamese Cajun style, oozing butter and garlic. For a big order, it’s best to call in advance. If you’re a fan of crawfish boils, you’re about to be very happy.

New Orleans Seafood is owned by Alex Bui, who moved to Tallahassee three months ago from New Orleans with his daughter, Lexus Nguyen, 16, who helps her dad, taking orders at the counter. It’s a local, independent business.

Bui said he owned a restaurant in the Crescent City but he wanted to come to Tallahassee because Lexus’ goal is to enroll in the nursing and theater programs at Florida State University.

The cuisine at New Orleans Seafood represents a Vietnamese style of cooking in Louisiana that’s becoming more popular. Bui himself is from Southeast Asia but “I escaped Vietnam in 1979,” he said.

Many Vietnamese refugees landed in the Gulf Coast because they were drawn to the fishing industry, said Bui. It helps that Vietnam and Louisiana were once colonies of France. Don’t both cultures still embrace the baguette?

New Orleans Seafood is a casual, mostly take-out place. There are chairs lined up along the walls so customers can sit while they’re waiting but there aren’t any tables. We did see one young man eating his lunch at the narrow counter.

You can either order off the menu or buy the items in the freezer — including alligator sausage, crawfish boudin, andouille and crawfish tails. Bui will also be selling fresh fish and crab legs that he can cook for you.

The New Orleans Seafood menu also offers different permutations of battered catfish, shrimp and oysters, which come with fries. The fried shrimp were perfectly cooked, not an easy feat because most places overcook shrimp. The fried oysters were excellent, too.

The menu features only a few meat choices — chicken wings and sausage po’ boys. We chose the shrimp po’boys, a large sandwich with plenty of shrimp, garnished with lettuce, tomatoes, pickles and mayo.

We’d also recommend the crawfish étouffée, another choice for our second visit. It was chock-full of crawfish tails (an alternative for those who don’t like to eat them whole), the stock rich and creamy.

We look forward to sampling even more of the menu. Thanks to Bui, the flavor of New Orleans is now even closer to home.